From the early 19th C

The farm is from Kullamaa parish in the early 19th C. The buildings were brought to the museum in 1959-1960 and opened to visitors in 1964. The threshing house and storehouse burned in 1984. The restored farm was re-opened at the museum in 1993.

Sassi-Jaani farm is the museum’s introductory, instructional farm. The permanent exhibition on barn-dwellings introduced Estonians’ farm architecture and the distinctive peasant house, the barn-dwelling (reheelamu). The threshing floor has examples of various roof types, log corners and a mock-up of a barn-dwelling. In the storehouses, Estonians’ principal household implements are featured, ranging from dishes to handicraft tools. The coach-house contains agricultural implements, while the cattle-shed highlights animal husbandry. Historical crops can be found growing on the model field. 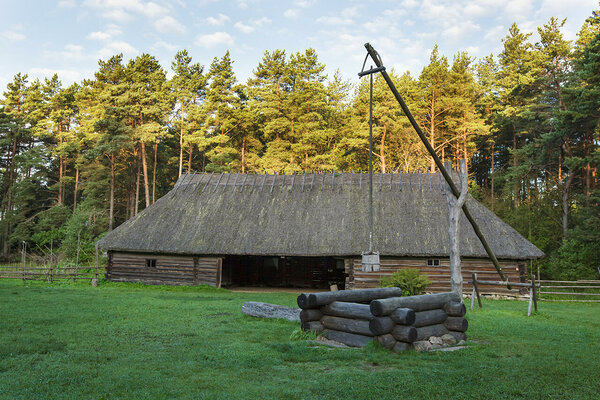 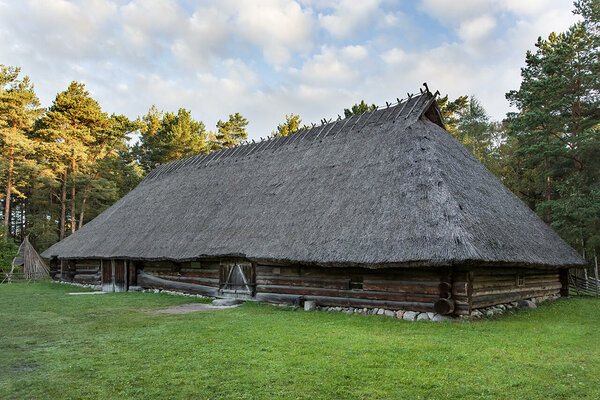 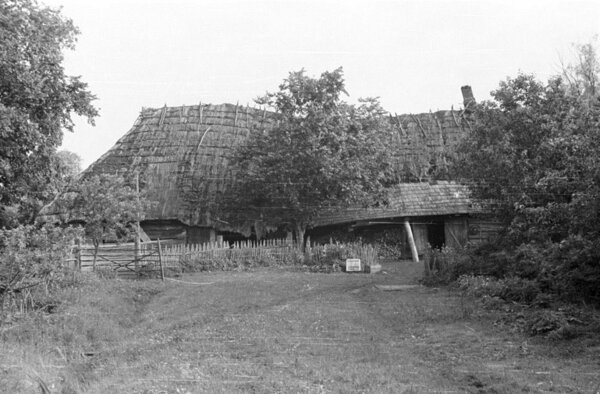 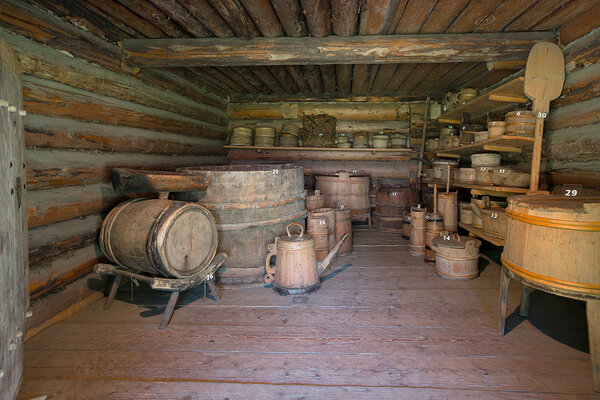 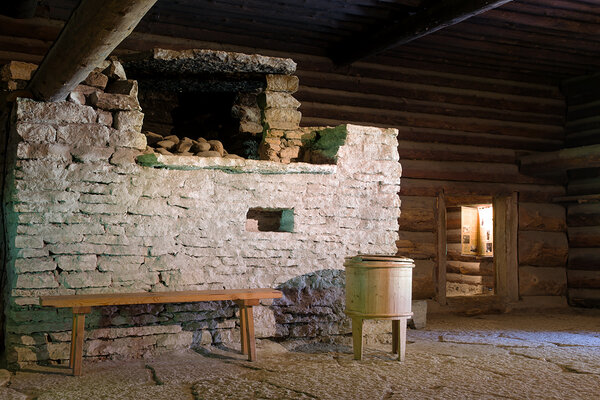 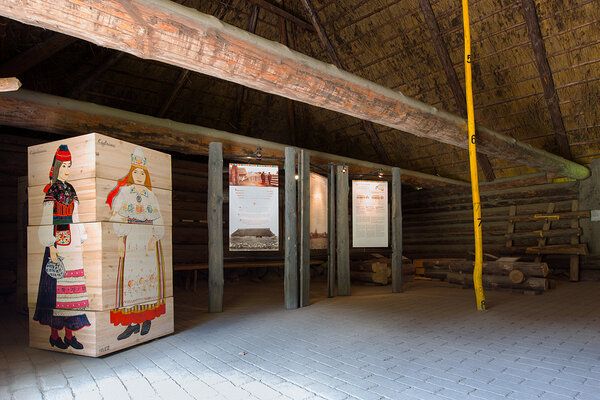 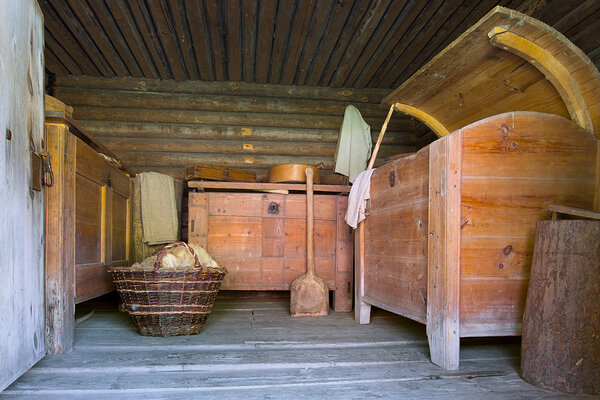 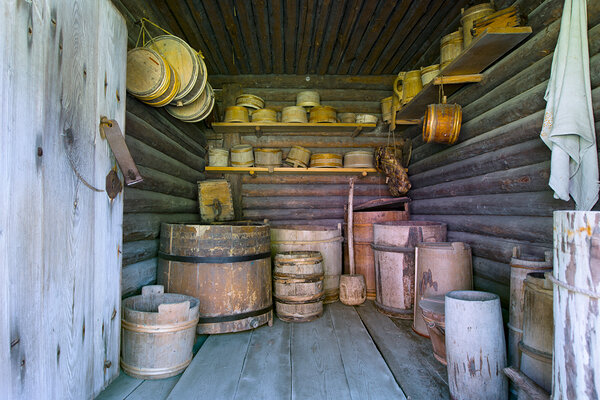 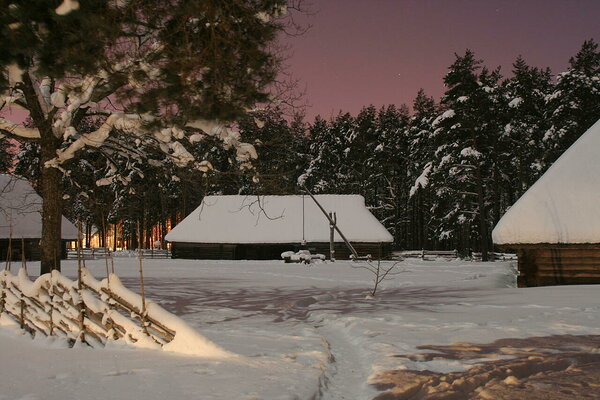 The barn-dwelling is thought to have been built in 1803 on Sassi-Jaani farm in Kullamaa village in Kullamaa parish. It was brought to the museum in 1959. It was torched by an arsonist in 1984. It was restored as a replica and re-opened in 1993. In the chamber of the threshing house, visitors can learn about the history of the Sassi-Jaani farming folk.

The storehouse was built in the late 18th century on Sassi-Jaani farm in Kullamaa village in Kullamaa parish. It was brought to the museum and erected in 1960. A replica stands in place of the storehouse, which burned down in 1984. There are three rooms under the roof of the storehouse. There is a textile storeroom for wool, flax, yarn and handicraft tools; a grain storehouse for grain, flour, beans, peas and lentils, and a food store for fish, meat and dairy products.

The cattle-shed was built in 1820 on Althärma farm in Jõeääre village in Märjamaa parish. It was brought to the museum in 1960.

The summer kitchen-conical tent was built in 1870 on Kõrvetaga farm in Määra village in Risti parish. The summer kitchen was the first exhibition building at the museum, moved here in 1959. It was originally located in the Köstriaseme farmyard. 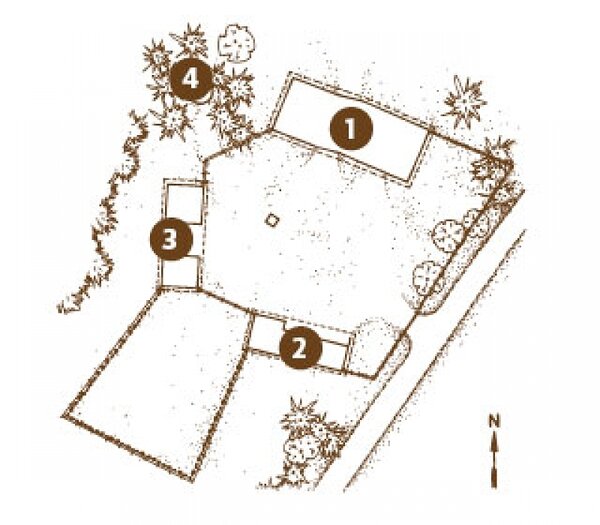