From the late 19th century

Big post windmill comes from Vanasauna farm in Nätsi village, Mihkli parish, the southern part of Läänemaa County in Western Estonia. Allegedly, it was built in the second half of the 19th century on Pärdi-Madise farm in Rabavere village and was then sold to Nätsi village in Mihkli parish. The windmill was owned by different farms in the course of time, until Ants Kümmel, a cotter from Vanasauna farm, bought it after the First World War. He enlarged the windmill and started to grind flour for villages in the neighbourhood. The windmill was transferred to the museum in 1959 and opened in 1960. 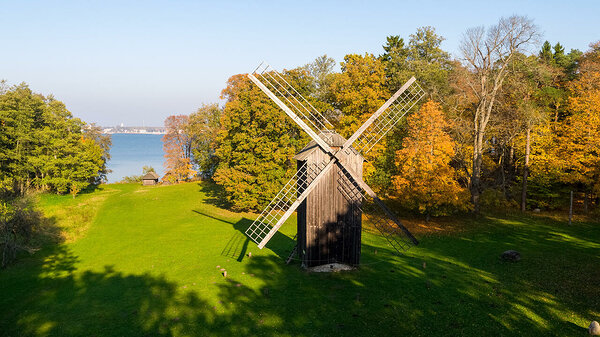 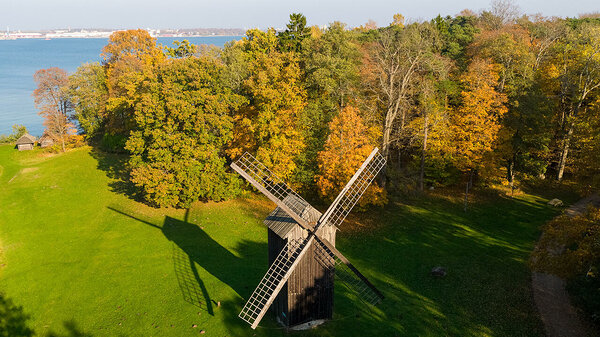 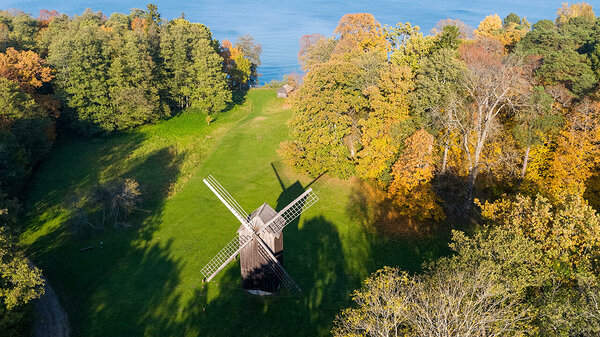 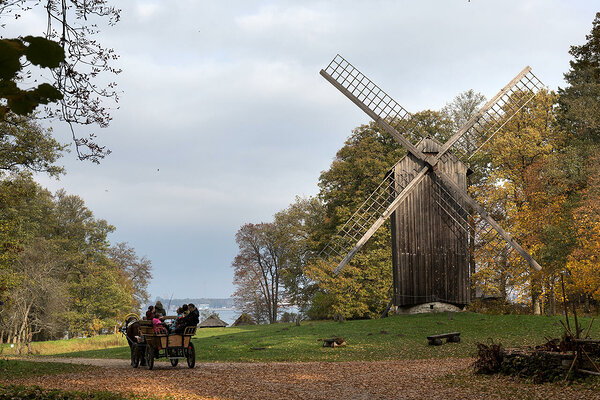 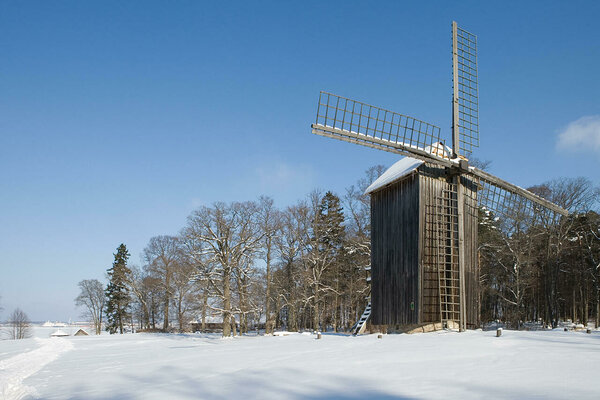 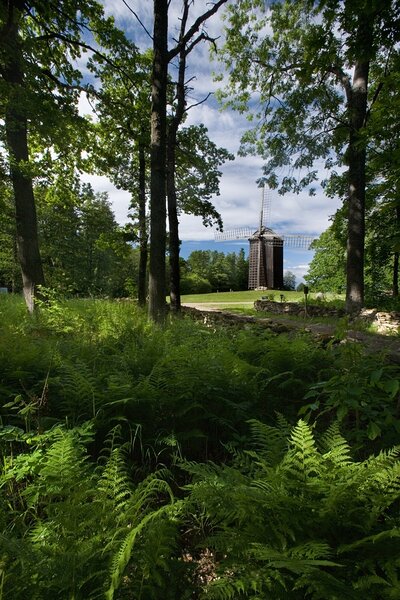 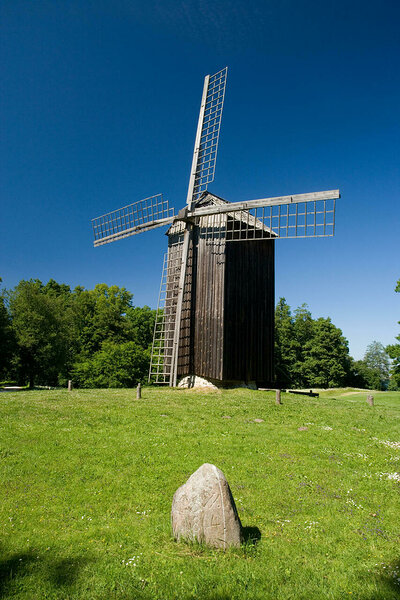 The bulky body of the windmill, clad in boards, is mounted on a large upright post. A crown tree which balances the mill body and supports the intermediate ceiling is fastened crossways on top of the central pole. To make the windmill work, sailcloth or wooden shutters were attached to the sails (with the length of 8.4 meters) and the whole windmill was turned by the tail pole to face the wind. The milling mechanism, which consists of the wind shaft with the brake wheel and large millstones, is located on the upper floor; the flour ran into the flour box located on the ground level. The local farmers had to pay a certain toll for milling their grain. So, the miller Ants Kümmel claimed 6 toops of grain as a fee for his work for grinding 9 puuds of rye or 8 puuds of barley (old measures: 1 Tallinn toop = ~1 litre; 1 puud = 16.4 kg). 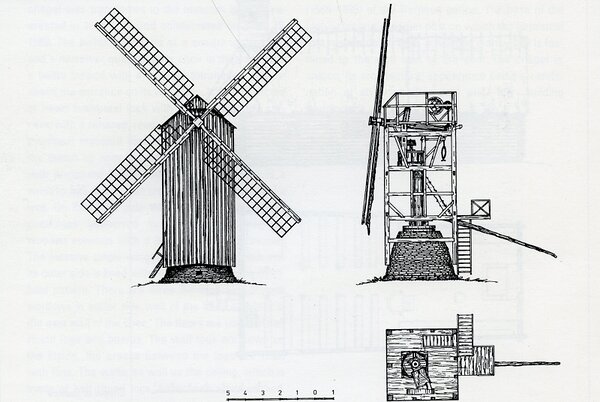