In windy seaside areas lacking in rivers, post windmills ground grain for many generations. The entire body of the mill revolved atop a post. The small mills used on farms for single families were a sight unto themselves. They had parallels to a very ancient farm mill tradition in Scandinavia and southern Finland. Windmills were first mentioned in written documents in 14th century. 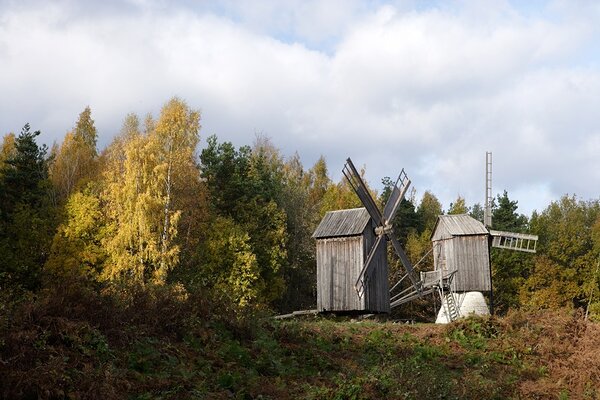 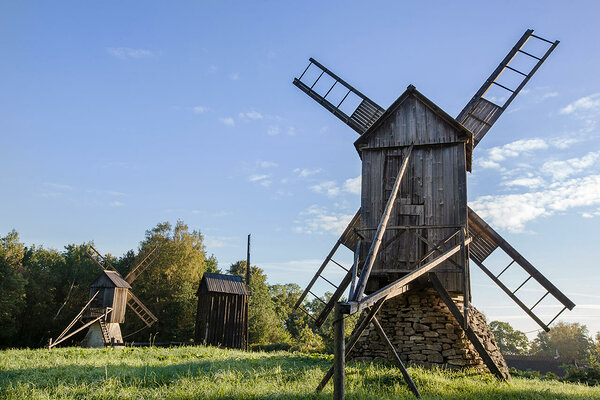 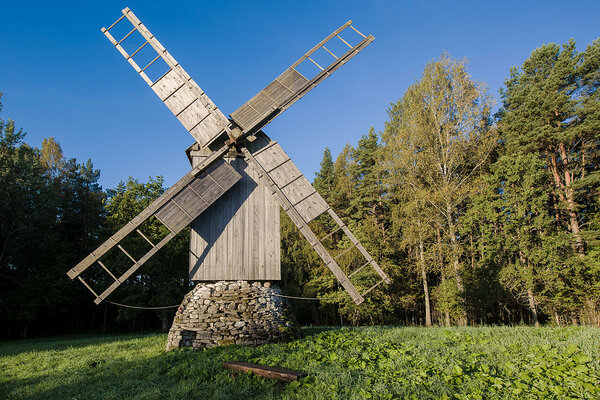 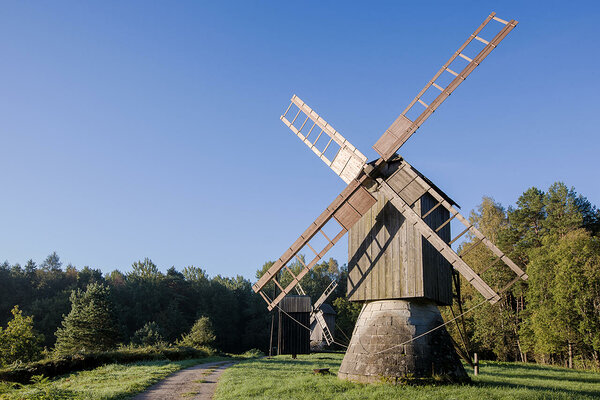 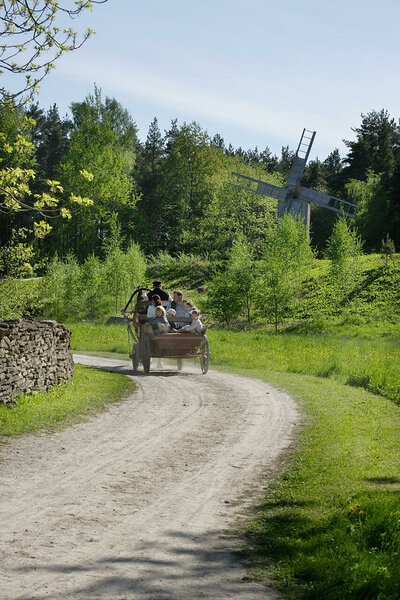 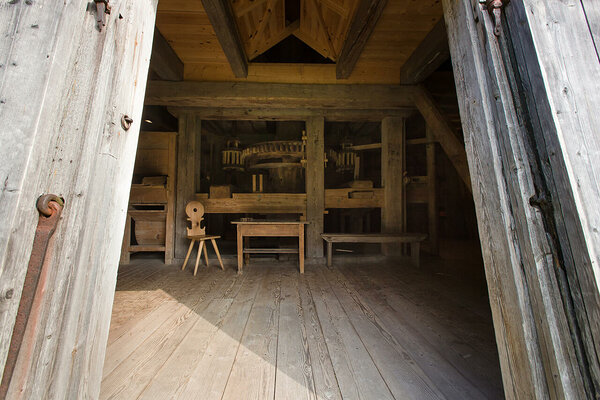 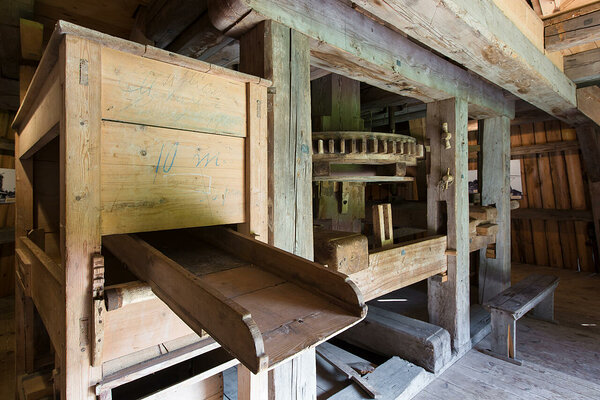 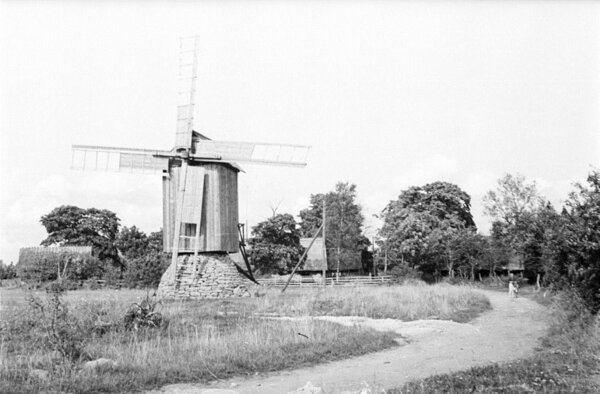 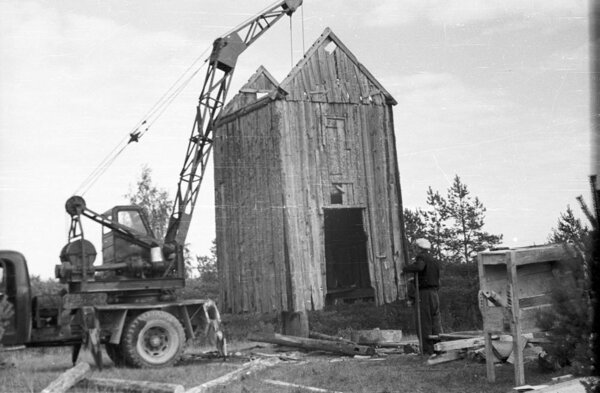 These post windmills – Danish windmills as they were known - had two storeys. The body made of boards was fastened to a revolving log fastened crosswise to a thick mast-like post – the mother tree. The ceiling of the windmill was in turn supported on the revolving wood. The grinding mechanism was on the top floor. It was a shaft with blades and gears that made the grindstones turn. The grain was poured into a funnel-shaped box, the kolu. From there it was directed between the millstones, and the ground flour ran into the flour box located on the ground level. The tailpole as fastened to the mill’s body at the bottom of the stairs. Estonian windmills usually had four blades, but some had six.

Sutlepa windmill was built in 1748 on Vormsi Island, from which it was transported at the turn of the 19th and 20th century to the mainland, to Pelmäse farm, Sutlepa village, Noarootsi parish. The mill operated until 1948, and was then brought to and erected at the museum in 1958. The length of the windmill blades was 4.57 m.

Kotlandi windmill was built in 1871 on Annuse farm in Kotlandi village in Kihelkonna parish. The windmill operated until 1963, it was brought to the museum in 1968 and erected in 1969-1970. The windmill body’s framework was sided with vertical siding, and the truncated cone shaped base, 2.56 m high, was laid from quarried limestone without any binder.

Leedri windmill was built in 1876 on Peedu farm in Leedri village in Kihelkonna parish. The mill operated until 1958, and it was brought to the museum ten years later, in 1968, and erected in 1968-1970. The base of the windmill is a 3 m high truncated cone laid of 189 hewn dolomite blocks. The blades are about 6 m long.

Ülendi windmill was built in 1860 on Pihlamaa farm in Ülendi village in Reigi parish. It was brought to the museum in 1971, and erected from 1972-1974. The windmill blade length was 4.26 m; the framework of the body was covered with vertical siding, and the approximately 1 metre high base was laid of hewn logs, at right angles. 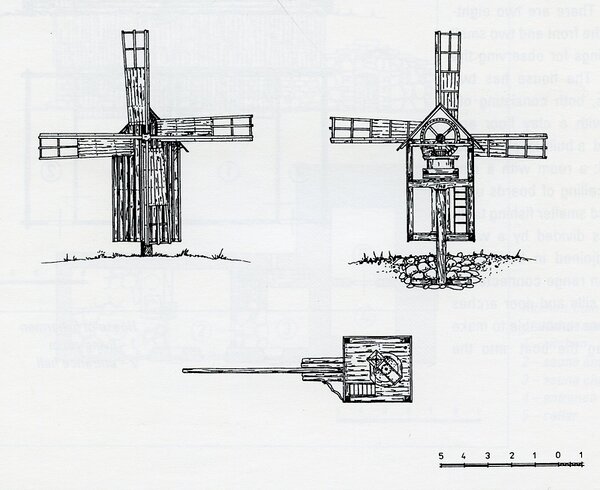