Roosta is an example of a western Saaremaa farm in a natural barter economy system dating from the serfdom era. It was brought to the museum from Kihelkonna and Mustjala parishes from 1965-1971, and opened to the public in 1972. 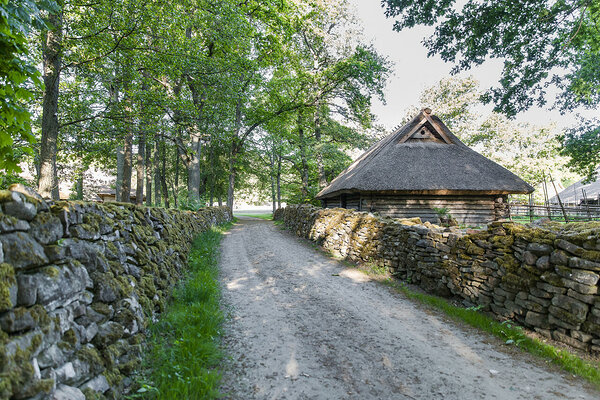 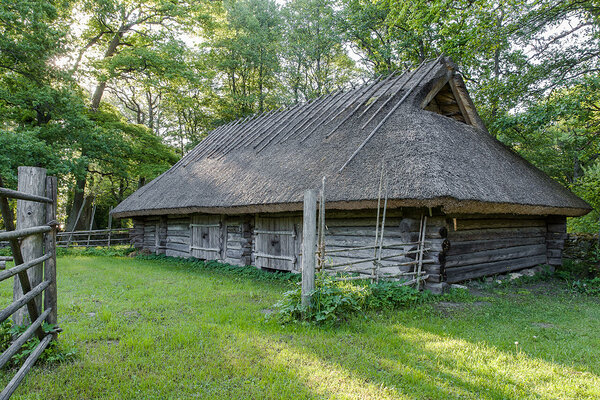 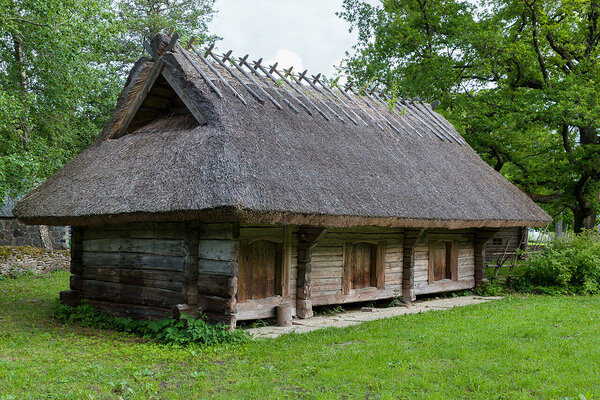 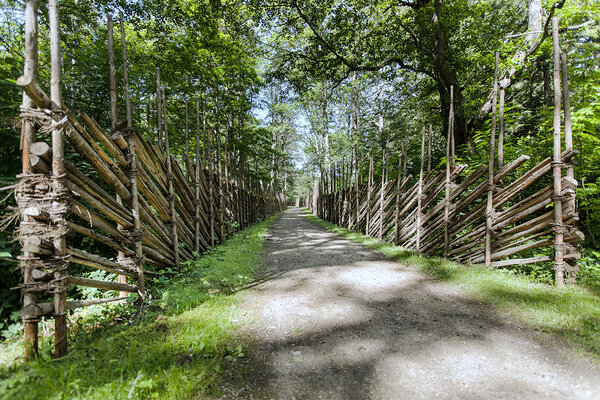 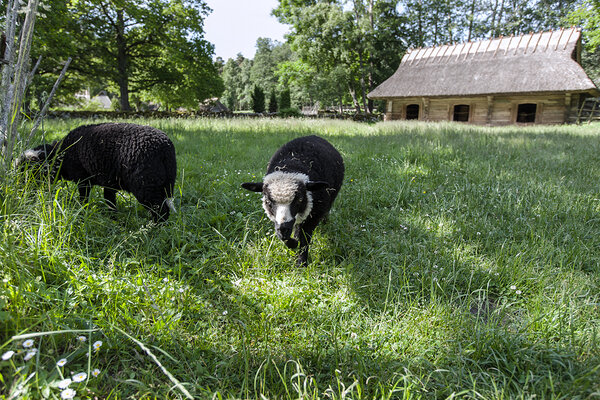 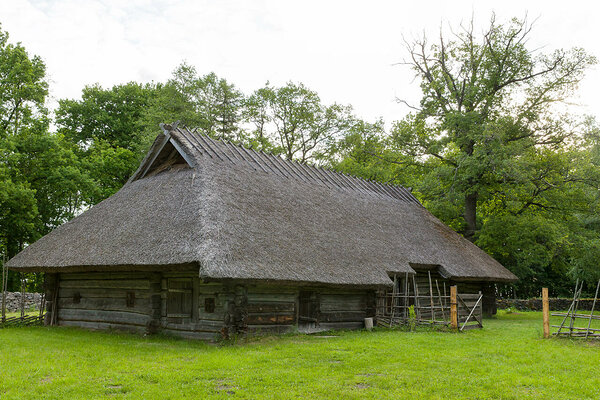 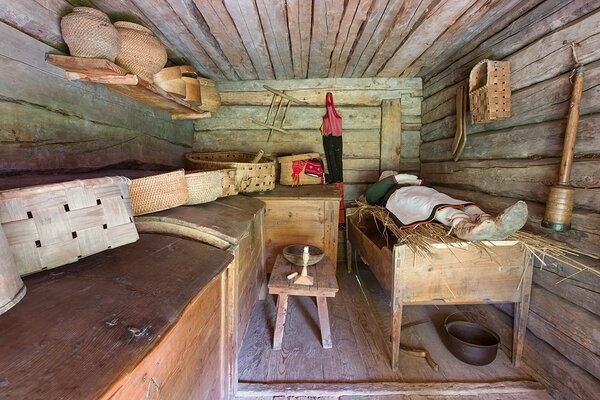 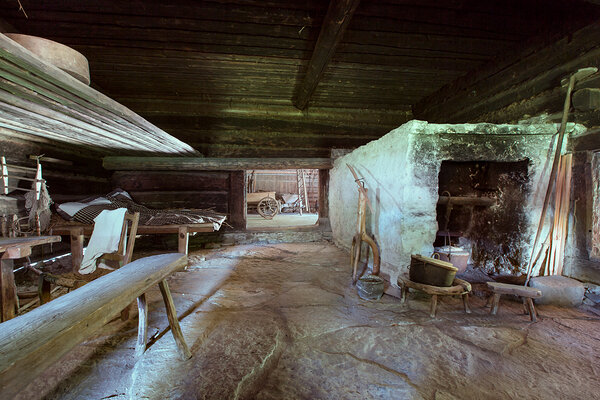 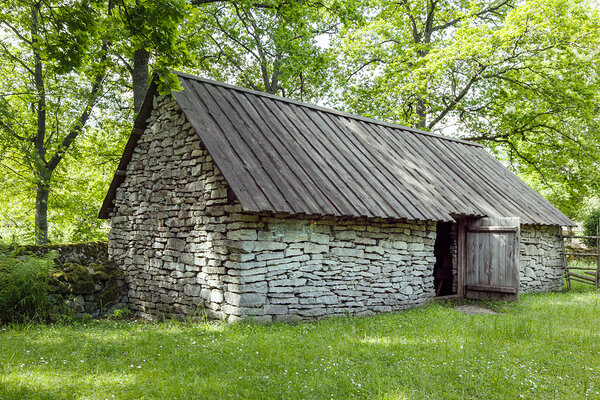 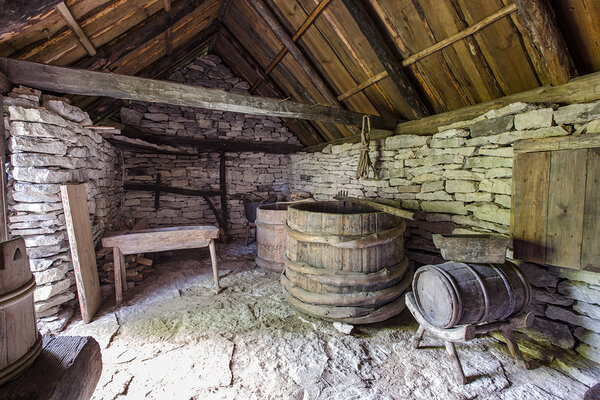 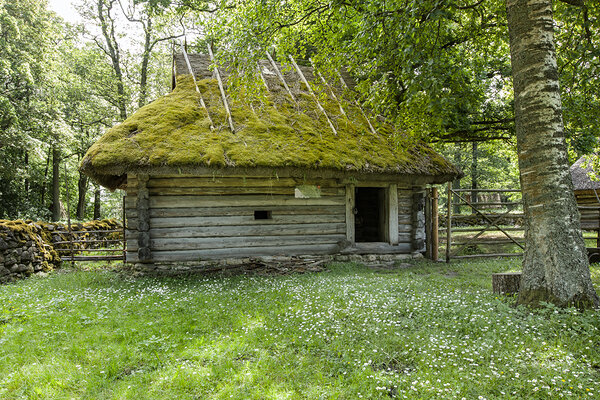 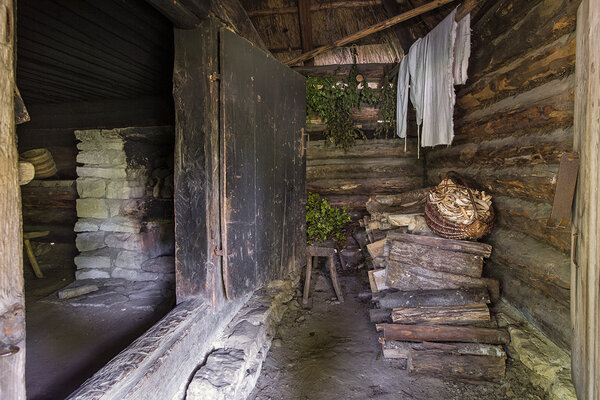 An average farm had around 45 hectares of land, of which about 5 hectares was stony fields. The estate owner had control of the farm family itself as well as the land and buildings and fishing rights in coastal waters.

In return for tenancy and a fishing license, the family had to perform corvee labour and pay a tithe in grain, hay, firewood, chickens and eggs and fish, among other products. If the men were away at sea, the women had to plough the fields.

In the mid-19th century, the islanders started to travel to the mainland to work as ditch diggers or construction workers.

The yard is bound by a typical Saaremaa high stone wall laid from limestone rocks found in the fields over the centuries. Wooden fences cordon off a clean yard, a working farmyard and stockyard.

The barn-dwelling, built in the latter half of the 18th century on Roosta farm in Leedri village in Kihelkonna parish. Brought to the museum in 1965. Western Saaremaa had a characteristic Southern Estonian type of barn-dwelling, which had a distinctive side chamber. It evolved out of a chaff storeroom built on the side of the kiln room. Attesting to the old-fashioned nature of the barn dwelling at Roosta, there is a narrow threshing chamber that is like an entrance hall and a lack of end entrance halls. At the end of the threshing floor there is an ox shed for two pairs of ploughing oxen.

The storehouse was built in 1766 (dated) on Lausa farm in Leedri village in Kihelkonna parish. Brought to the museum in 1960. The three-room building has a clothing, grain and food storehouse where there are many wooden vessels and Saaremaa implements.

The cattle-shed was built in the early 19th century on Mardi farm in Kõõru village in Mustjala parish. Brought to the museum in 1965, erected in 1966. Under one roof is a pig shed, sheep shed for 10-15 sheep and a cowshed for three cows and some calves.

The summer kitchen/smithy was built in the middle of the 19th century on Annuse farm in Karala village in Kihelkonna parish. Brought to the museum in 1968. In the left front corner of the chimneyless building is an open hearth and a cauldron winch above it, and in the right rear corner is a forge covered by a limestone plate and a smith’s bellows to the right of it.

Any decent Saare farm had a sauna. This one was built in the 1870s on Matsi farm in Kugalepa village in Mustjala parish. Brought to the museum in 1971. 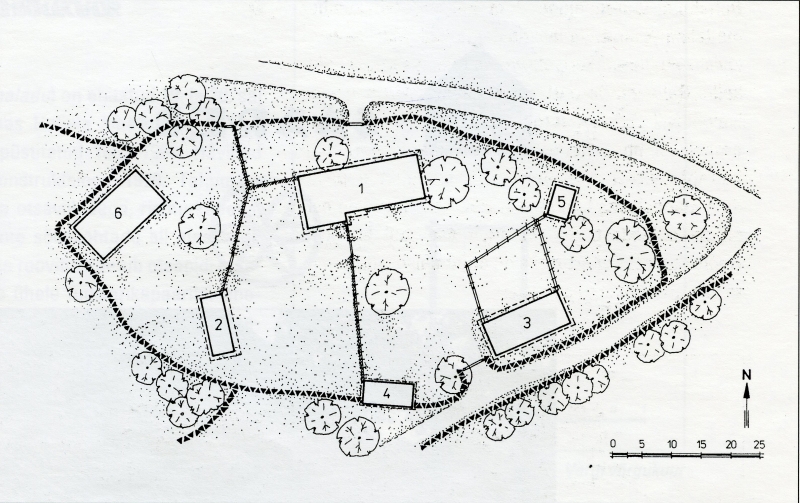