Until the end of the 19th century, common net fences for one or more villages were situated on the beaches. These were the net sheds for various boat crews. Nets and other fishing tackle were stored there. The seafront in the Open Air Museum’s island region features three net sheds from Saaremaa Island: Nasva, Toomalõuka and Alvi. 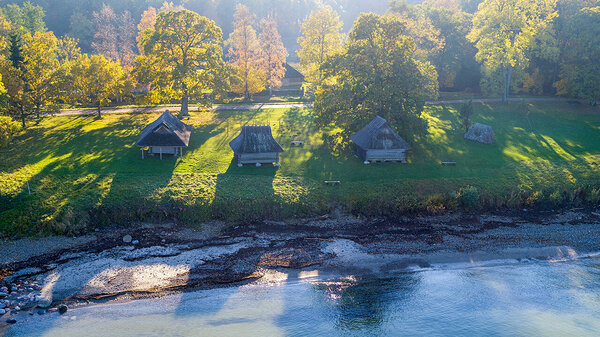 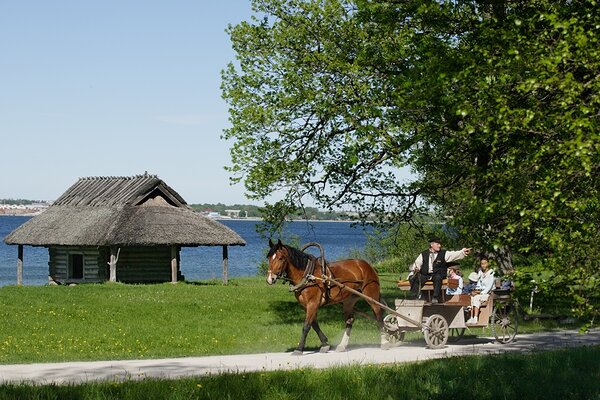 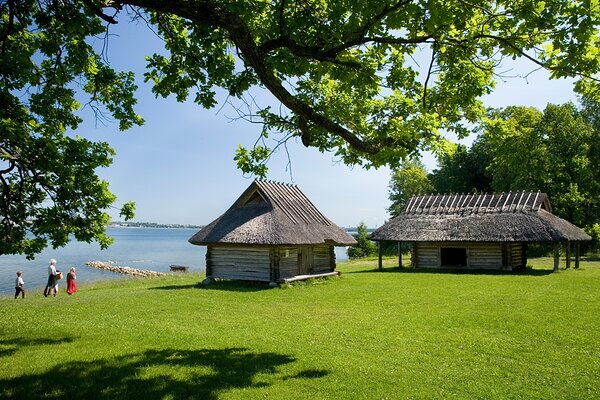 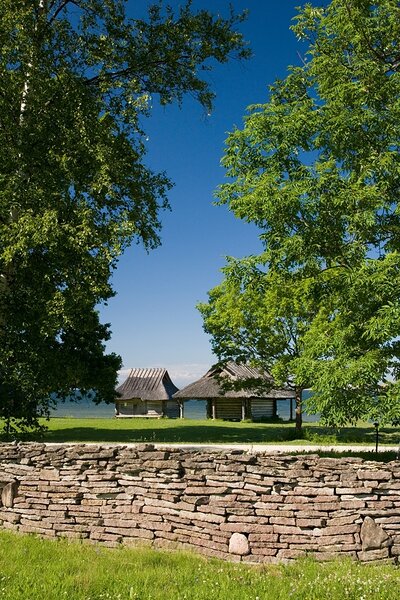 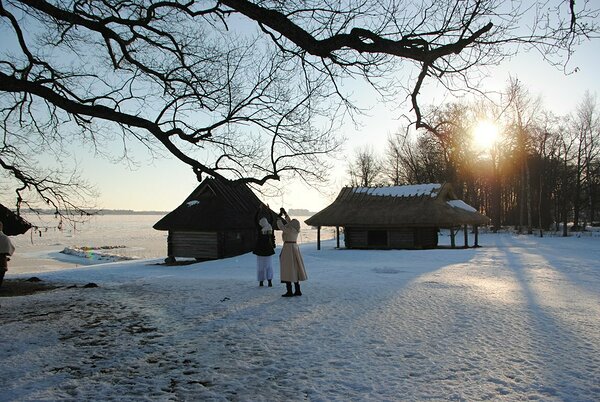 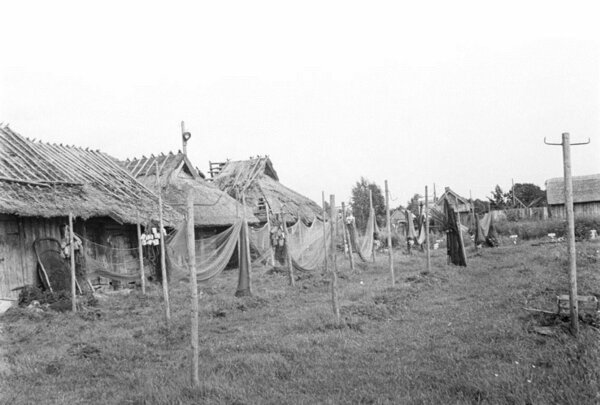 Nasva net shed was built in 1876, in Kaarma parish in Nasva village on Pekri farm. It was brought to the museum in 1966.

The net sheds were placed at a right angle to the sea, so that an open area for drying nets was situated between them, more or less in an enclosed area. A row of wooden beams for drying each owner’s nets started at the door of each net shed. The entire net enclosure was surrounded by fencing to protect the netting from roaming grazing animals. The boat landing areas were also in the net enclosure. The boats would be kept there throughout the fishing season. In addition, the net sheds sometimes included fish smoking ovens, drying platforms, and salting sheds.

Family symbols were carved on to all of the tackle and even the drying beams so that they would not be mixed up. For islanders, all things connected to the sea were sacred. The huts were kept unlocked, and tackle was left on the beach in the open. A fellow fisherman’s equipment was used only in case of dire need and immediately replaced afterwards. 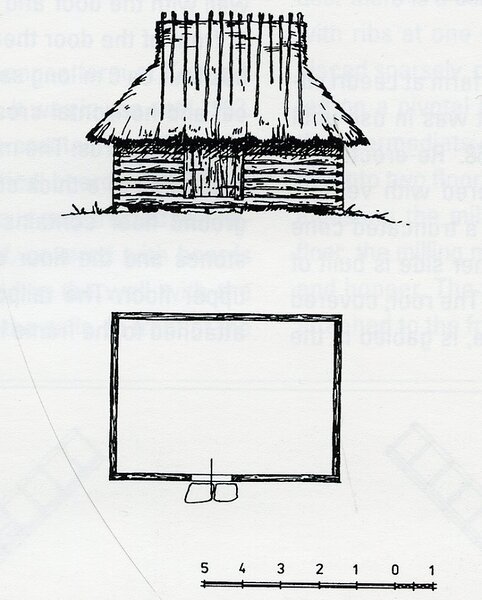