Tenant farm from the latter half of the 19th century

Kolga farm is an example of a Hiiumaa tenant farm and how it developed over time. The buildings are from Emmaste parish. The farm was opened to visitors in 1984. The role model for the typically spacious farmyard seen on Hiiumaa was Pendi farm in Lelu village, which still had the old fencing that partitioned the yard. 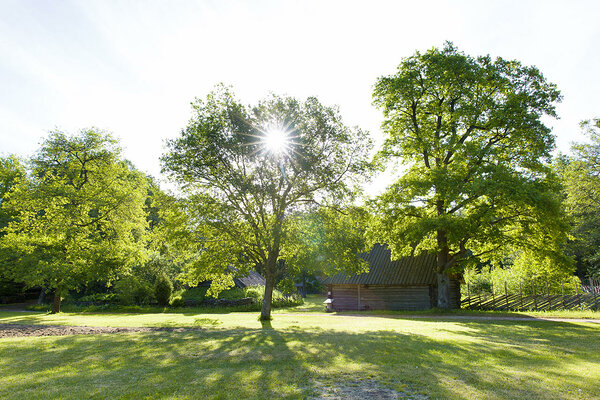 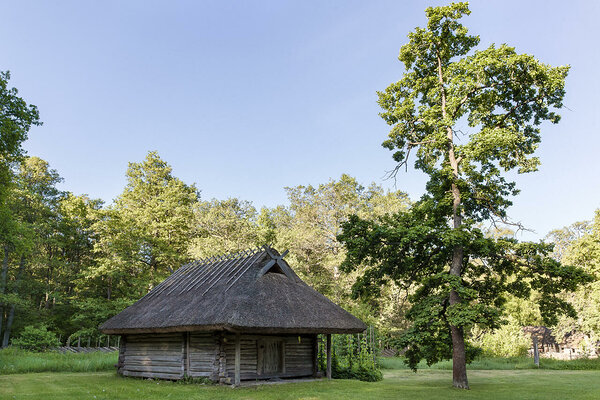 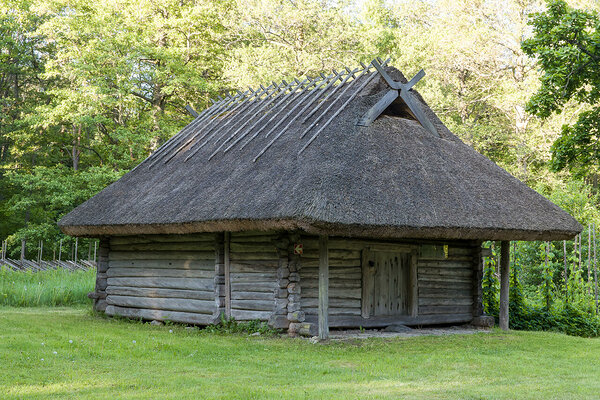 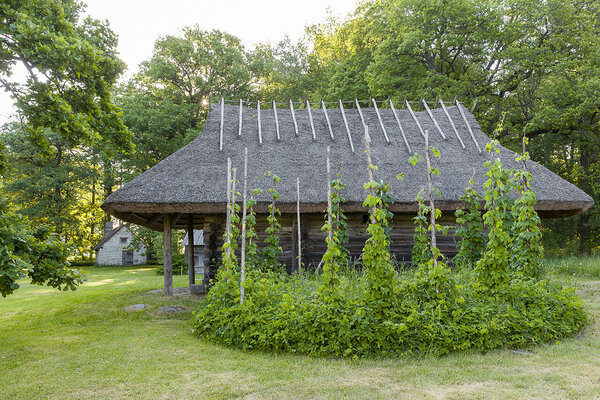 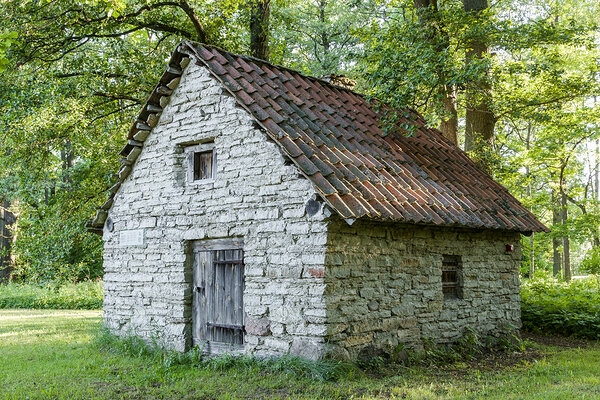 Most Hiiumaa islanders lived less than 8 km from the coast, and thus they were seafarers and fishermen as well as farmers. Diversification was required to survive here, so they also engaged in woodworking for sale. Thanks to the location and the settlement history, Hiiumaa has been a cultural bridge between Estonia and Scandinavia.

The oldest barn-dwelling in the museum was built in 1723 (dated), room and outbuilding chamber from 1884 in Kolga farm in Tilga village. Brought to the museum in 1973. The less common southern Estonian type barn-dwelling kiln room has a mid-19th C appearance, and the room that was built on as the large family grew is furnished with early 20th century items.

The storehouse was built in 1765 (dated) on Aadu farm in Lepiku village. Brought to the museum in 1979. A fish storehouse is in front, a grain storehouse in back.

The storehouse/cattle shed building was built in the 1880s on Läku farm in Haldi village, brought to the museum in 1974, burned by an arsonist in 1987. The L-shaped building was about 55 m long. Such structures were found in coastal Swedish influenced areas in western Estonia and on the islands. There were several advantages to building adjoining storehouse and cattle-shed structures. For one thing, it was easy to build a stockyard between the building’s wings, where the animals could be kept out of the wind and the sight of strangers. And if the structure was built right along the road, maximum use could be made of the yard area.

The sauna/summer kitchen was built ca. 1898 on Kolga farm in Tilga village, brought to the museum in 1973. The summer kitchen is the antechamber of the sauna. As is customary on Hiiumaa Island, the limestone sauna stove with open heating element stands next to the door with the mouth facing the front wall and there is a platform supported on straw next to it.

The cellar was built in 1882 on Mihkli farm in Tilga village, brought to the museum in 1979. In summer, the square-cornered log entrance hall of the stone cellar was used for sleeping in.

The smithy was built in 1870 on Veoma farm in Vahtrepa village, Pühalepa parish. Brought to the museum in 1974.