From the turn of the 20th C

Jaagu farm was a homestead that was apportioned from a larger state manor to a soldier who had retired from the tsarist army. It had 9 hectares of land, of which 2 hectares was fields. 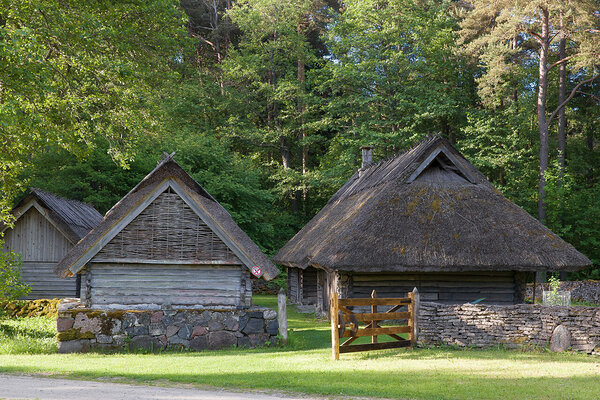 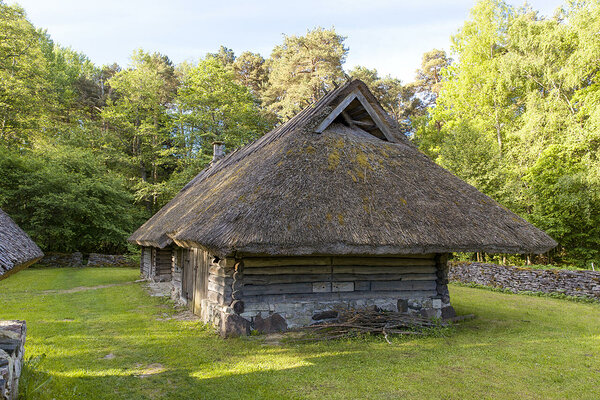 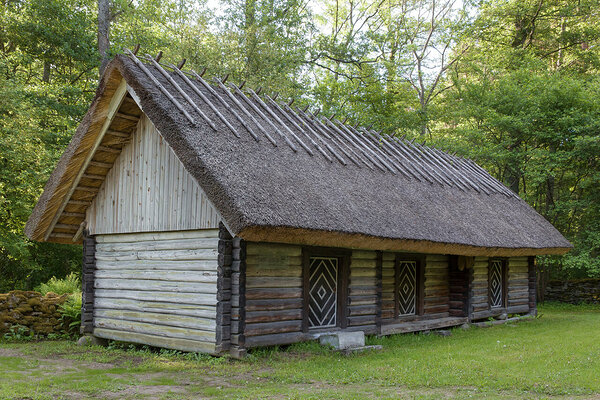 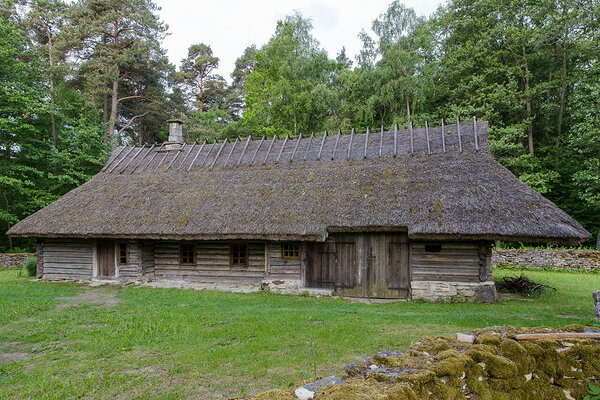 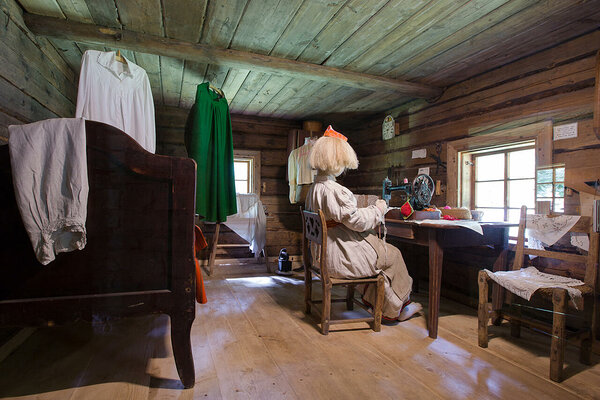 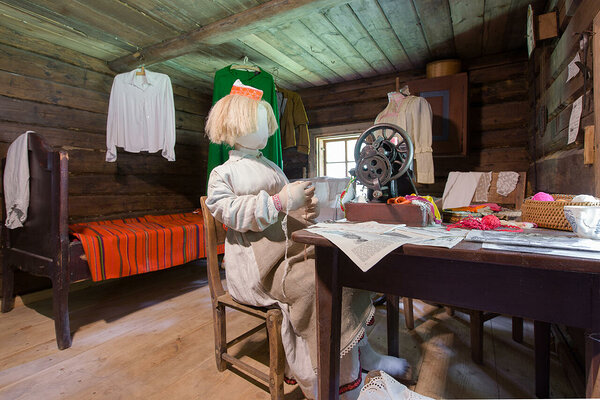 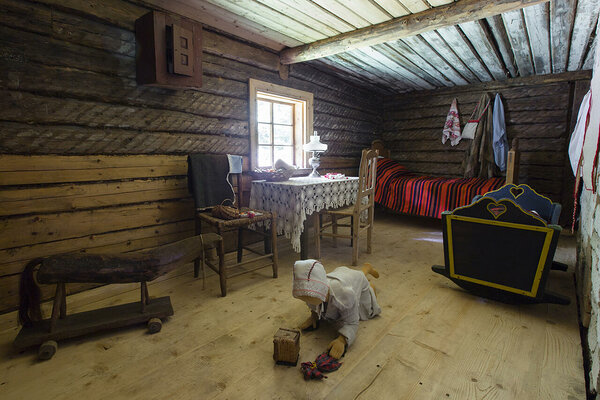 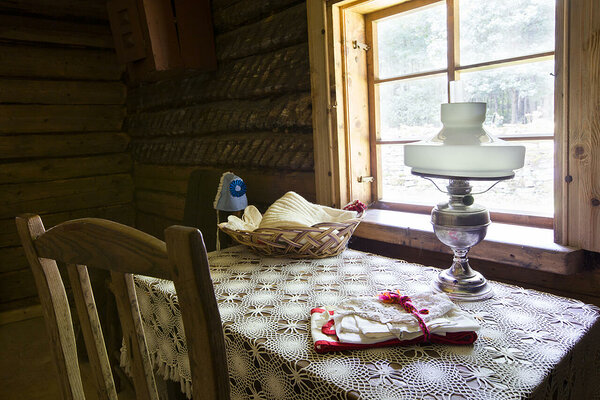 Such smallholders often earned their keep on the mainland doing seasonal labour, especially in construction. As well-regarded stonemasons, they erected buildings both on farms and manors and in the cities of Tallinn and Riga. They built their own buildings with love and care as well. In the winters, income was earned through handicrafts: women wove textiles, embroidered and sewed, while the men did logging and carpentry work. The farm was opened at the museum in 1976.

The barn-dwelling was built in 1988 on Jaagu farm in Leeskopa village. It was brought to the museum in 1968. The barn-dwelling has a floor plan typical of the earlier times on Muhu Island. Usually such buildings were built so that the prevailing winds would blow across the threshing floor where the grain was dried, but on Muhu Island it was important that the sun shine on both sides of the roof, as this would result in a longer lifespan for the roof. The kiln room has a range, but also crossbars for drying grain. The front chamber – resembling an entrance hall – was used as a pantry, while the rear chamber was for sleeping. It was also where the mistress of the house would sew. The master’s sister would sleep in the small chamber. The threshing floor here was used as a cattle-shed as well.

The storehouse, which had an enfilade of rooms where grain, clothing and food were stored, was built in the early 20th C on Tõnu farm in Ridasi village. It was brought to the museum in 1975. The black and white doors are visually striking. The planed boards used for siding are placed in a rhombic pattern and painted with black paint made from mineral pigments and varnish, with the edges white. The corners of the carefully grooved walls and door frames are impregnated with varnish to increase their lifespan.

Hay shed – where peat and kindling for heating was kept, was built in the 1890s on Jaagu farm in Leeskopa village. Brought to the museum in 1968

The building on its high fieldstone foundation has a pleached covering over the ends of the gables. This feature was seen above all on the timber-poor islands. 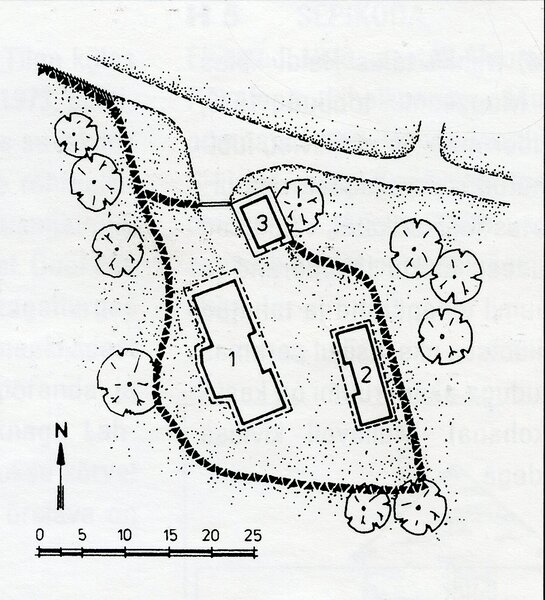