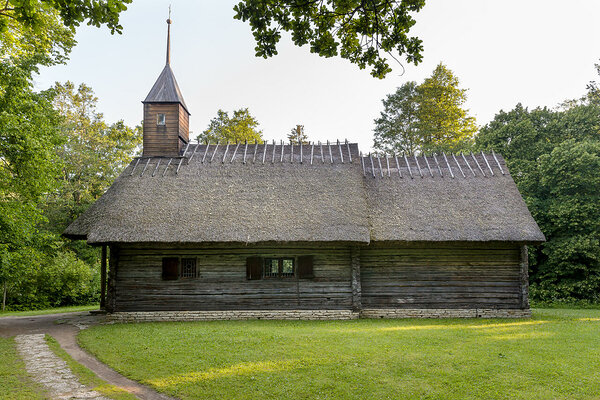 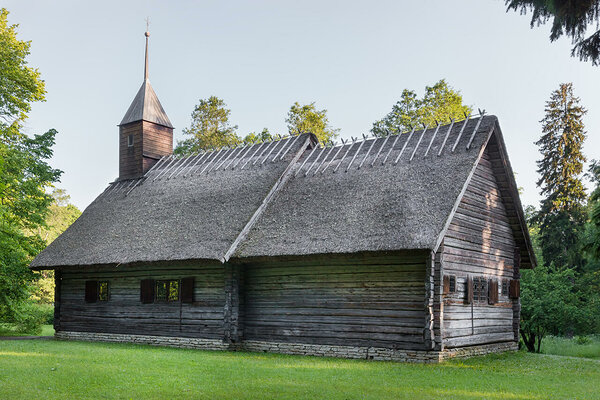 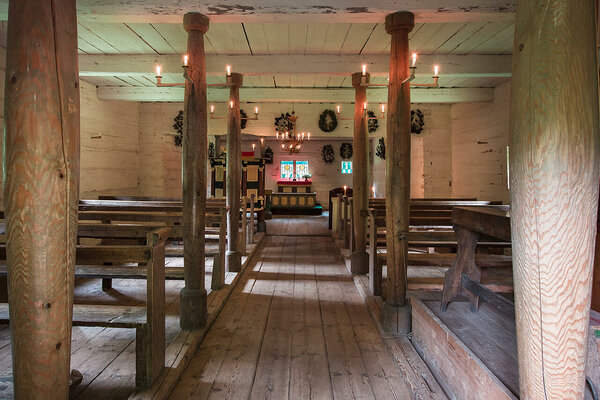 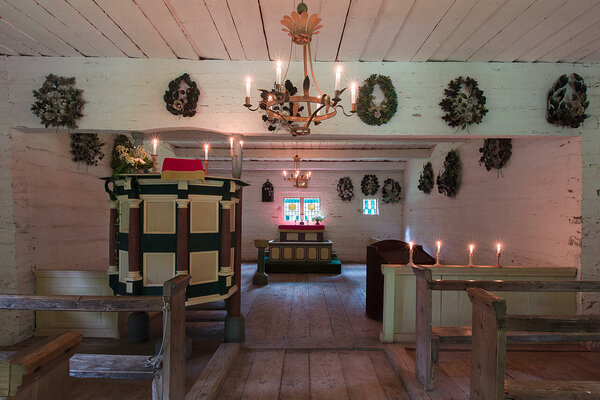 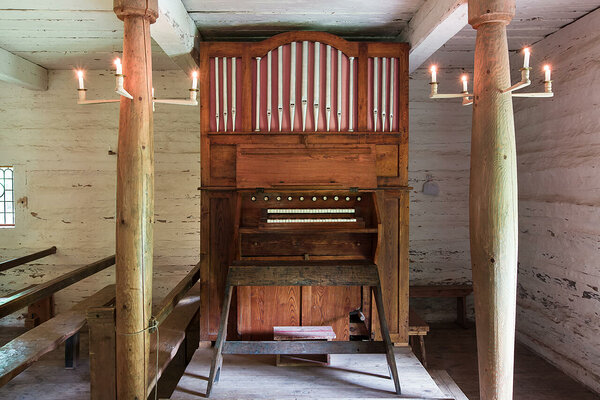 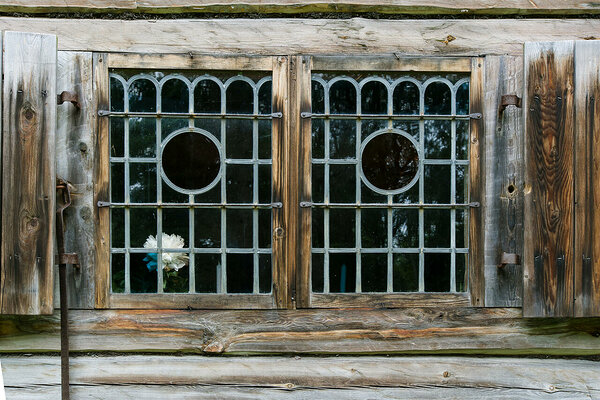 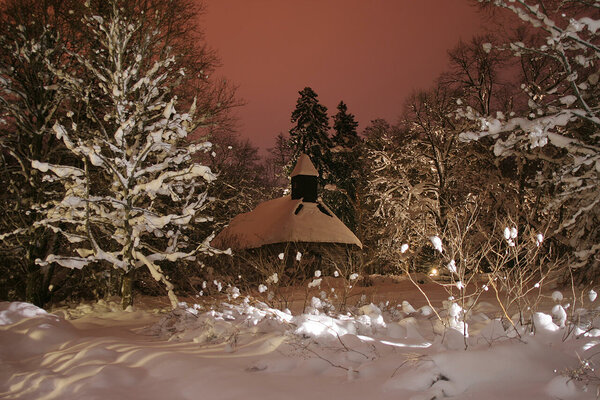 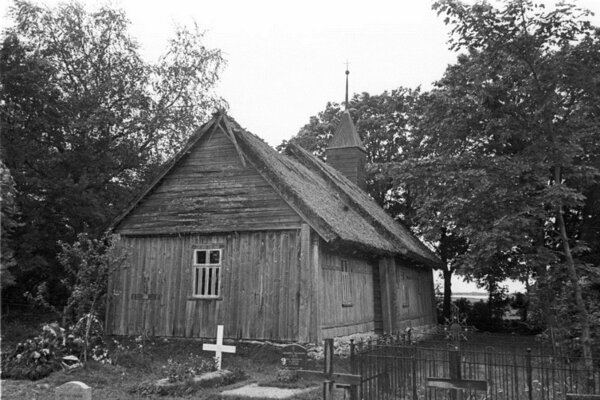 The construction cannot be precisely dated: archival data mention the chapel as early as in 1627, but the year engraved above the church door is ‘1699’. The chapel was brought to the museum in 1970 and erected in 1971–1976. Sutlepa chapel was re-consecrated in 1989 and has since been a subordinate church of Jaani parish of the Estonian Evangelical Lutheran Church. Sermons are held in the chapel on major holy days and important dates of the folk calendar.

Sutlepa chapel is a unique sacred building. Rural traditions of construction and elements of baroque style were skilfully combined in it. The interior is characteristic of the 1st half of the 19th century. Around 1837 the chapel was disassembled for the purpose of restoration and put back together again whereas timbers from the nearby Rooslepa chapel were used. In the same 1837 village carpenter Johannes Klingberg also made the pulpit, which resembles the works by master Tobias Heintze (1589–1635) dating back to the period of baroque fashion in Tallinn. Other dated objects are the altar table (1810), the altar curtain (1810), and the octagonal baptismal font foundation (1802).   The image of Christ hanging above the altar was given to the church by landlord C. Von Taube in 1831. Stained glass windows in simple pewter frames in the altar wall of the chapel are exceptionally beautiful. Next to the door, there is the alms-box in which money could be put from the inside or outside of the building. Tin wreaths hung on the walls to commemorate the sailors who died at sea serve as a constant reminder of how close the coast and the sea are.

Sutlepa chapel reminds us of Estonian peasants of Swedish descent who settled down on Estonian islands and coast in the 13th century. Here they retained their free status and never mingled with Estonians. Around 8,000 Swedes were living in Estonia before World War II. They constituted the majority of population of north-western Estonia, Noarootsi parish, and the islands of Vormsi, Ruhnu, Osmussaare and Pakri. Yet, almost all Swedes were forced to leave Estonia in the whirlpool of the war.