The fire station was built in 1928 in Orgmetsa village, Järva-Madise parish. It was brought to the museum in 1991. Such fire stations of medium size were built by rural firefighters’ societies in major Estonian villages in 1920s–1930s. 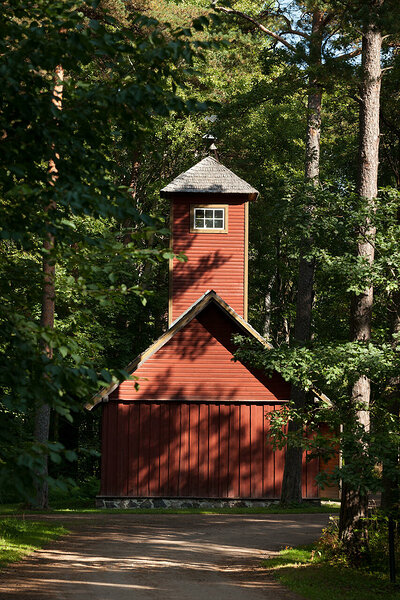 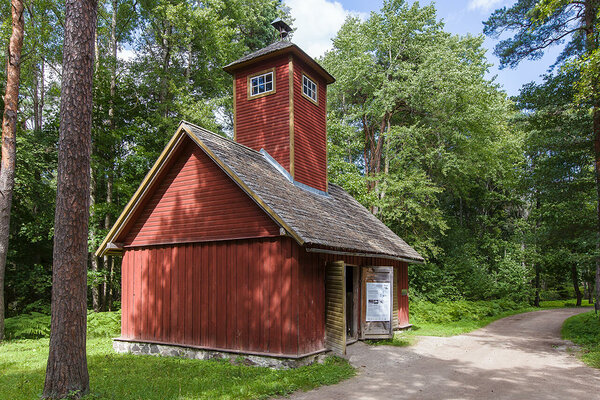 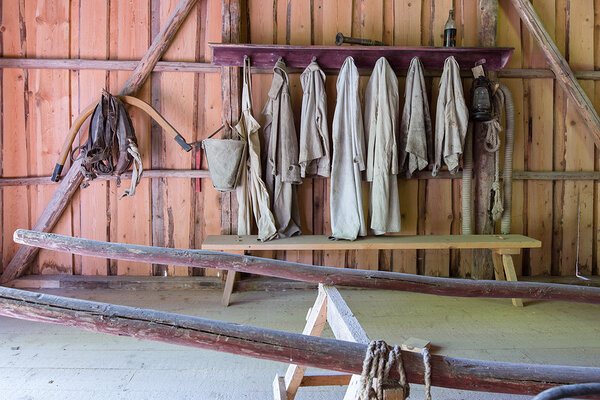 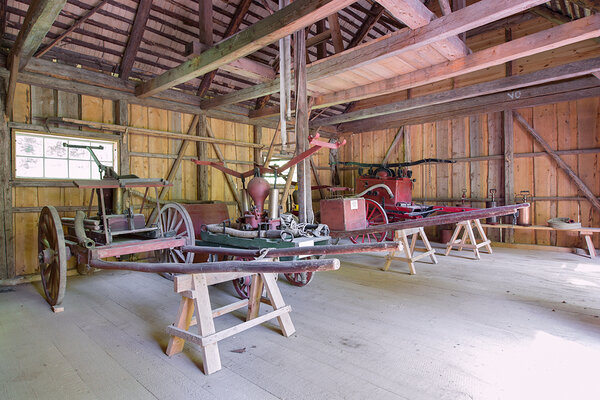 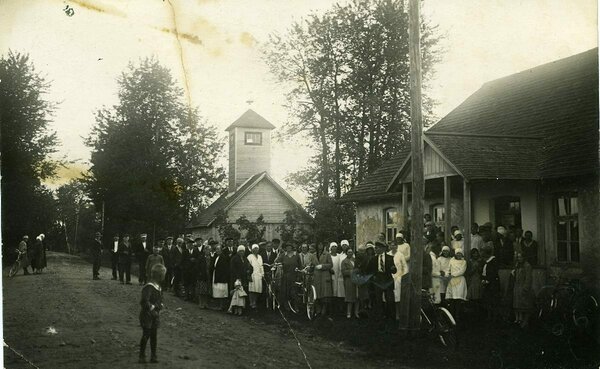 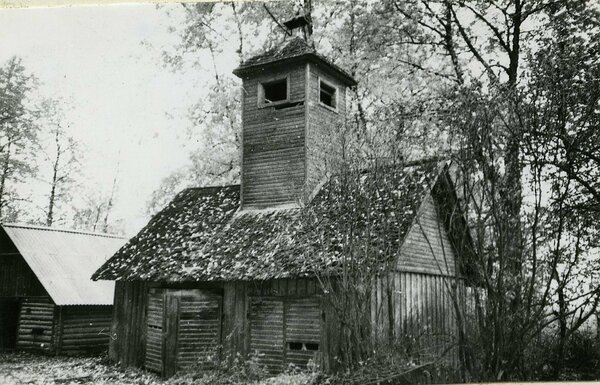 Orgmetsa fire station belonged to the Aravete-Albu volunteer firefighters’ society founded in 1921. It was used to store manual fire engines with carts, barrels of water, fire hooks etc. Hoses could be dried in the tower, where the fire bell was located as well. If necessary, firefighters could go to place up to 10 kilometres from the fire station.

The building, with vertical weatherboarding painted Falun red according to requirements, is a one-room half-timbered structure with a stone foundation and a tower in the centre of the roof. The manual fire engine and the large water barrel were on separate carts with their shafts towards the door, which firefighters to put horses to the carts quickly and start going to the fire location.

Starting with the 2nd half of the 19th century, the pace of economic development increased, which resulted in more extensive construction. Among other things, the above led to people paying more attention to fire prevention than before. In 1870s, printed word brought news about firefighters’ societies organised in towns, which inspired farmers to establish so-called volunteer firefighters’ societies. Rural societies were especially active in 1926–1937. Members of the societies conducted fire drills and knew which functions they were to perform when extinguishing a fire. Farms would take turns to provide horses for firefighting. In some places firefighters’ societies built community centres. Firefighters’ parades during which the members of the society wearing dress coats and shining helmets marched to the music played by the society’s band were a splendid sight. 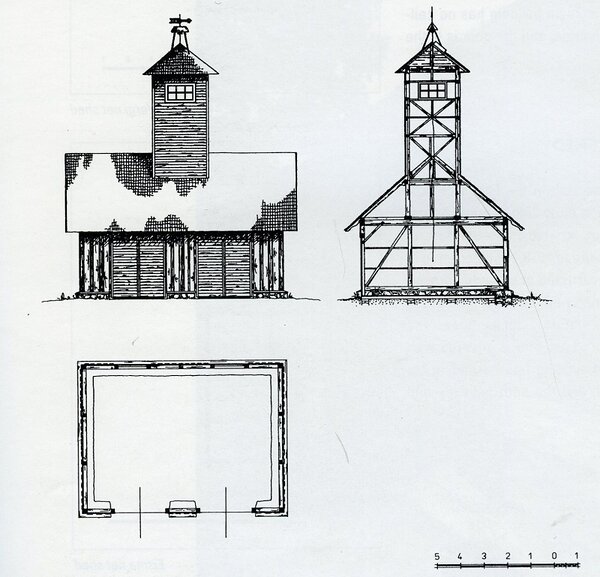