Brought from Lau village of Juuru parish, Harju County. The shop building with rather a conventional floor plan was constructed in 1914 by Jaan Meiberg, a distiller from Ingliste manor. Brought to the museum in 1999 and opened for visitors in 2012. 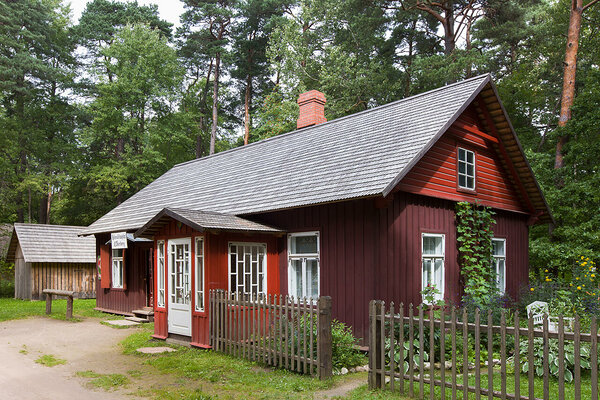 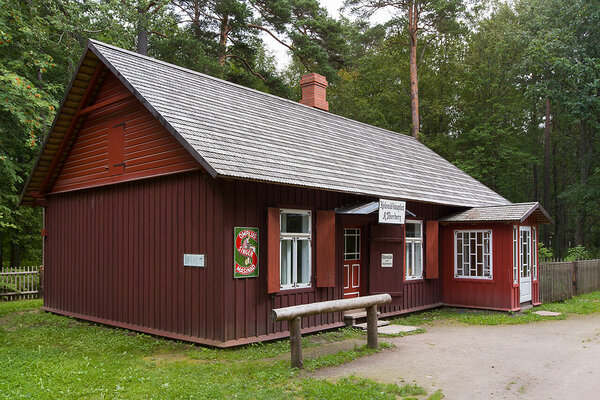 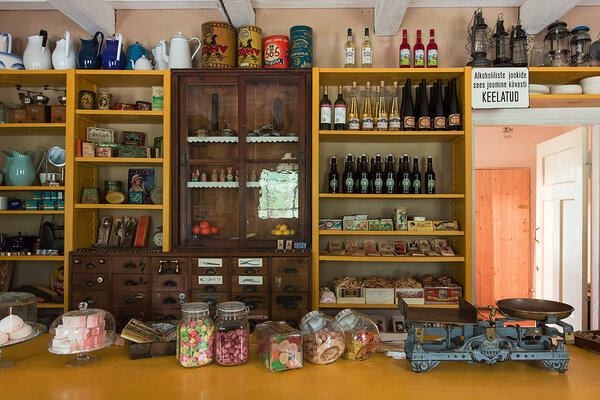 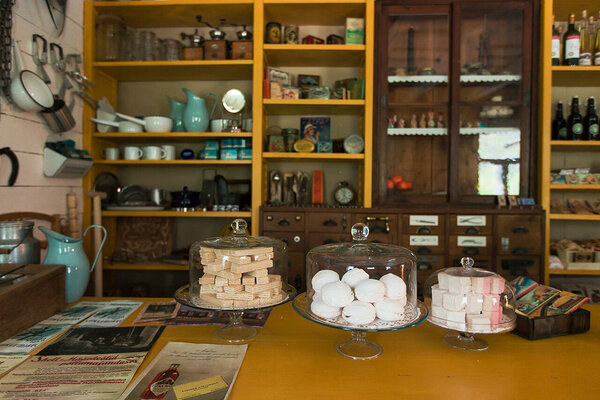 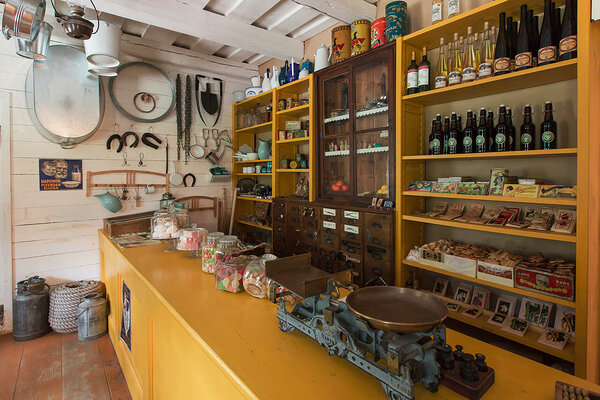 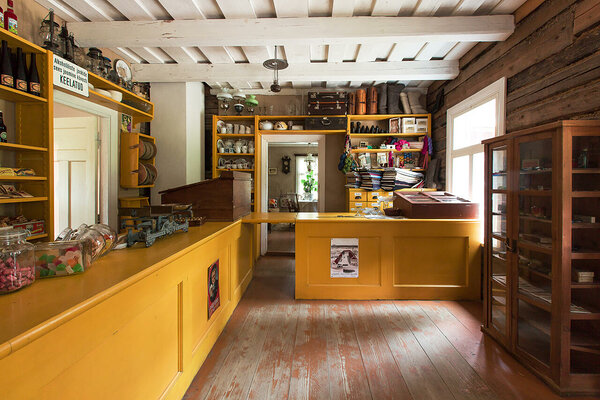 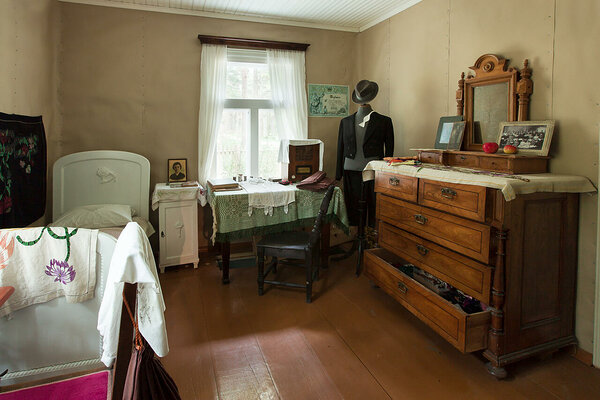 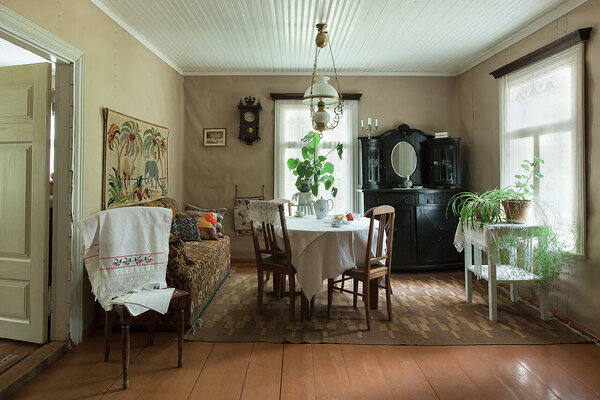 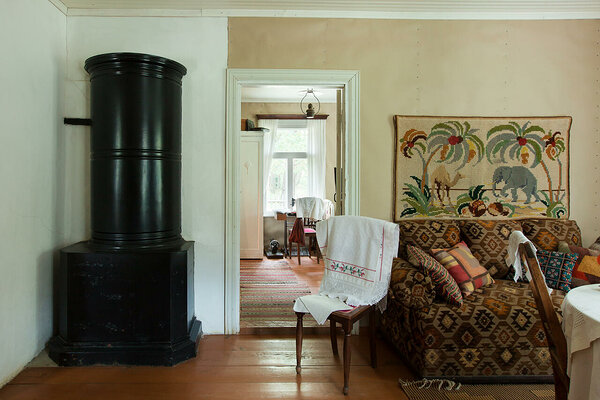 Shops started emerging here and there in rural settlements in the last quarter of the 19th century when country population’s demand for bought-in goods increased. By the beginning of the 20th century the network of village shops had been established. Apparently the shop was there in the tsarist era, and it certainly operated from 1925 to 1940, when the Soviet rule was established. The museum display refers to 1938, the period when Estonia’s economy flourished. Visitors can travel back in time here, buying goods characteristic of that time in history.

The Lau shop building, a rather small one, was located at the crossing of the roads from Ingliste to Keava and Kaiu. In addition to the front room and the storage, it housed the shopkeeper’s quarters: three rooms and a kitchen. On the 2.5 lofstelles (1 ‘Tallinn lofstelle’ equalled 0.18 ha) land plot received from the neighbouring Otsa farm there also was an outbuilding which contained a storehouse and a shed for a cow, a couple of sheep and a pig.

As the floor plan and the location of the building show, Jaan Meinberg was planning to start a shop and actually could have run it for a while. The list of property compiled after his death in 1921 states that there was counter, scale and a tin shop sign, but no goods.

The shop building was inherited by his second wife, Anna Pauline Meinberg, nee Tikerberg. The front room and several dwelling rooms were leased out since 1925 (the shop apparently ceased operation for the period of the great economic recession around 1929–1930). Since 1934, the shop was run by Pauline Meinberg and her daughter Alice Tikerberg. It was around then that the building was weatherboarded and painted, and a tin sign reading ‘Koloniaal-kauplus A.Tikerberg’ (Colonial goods shop A. Tikerberg) was hung above the door. 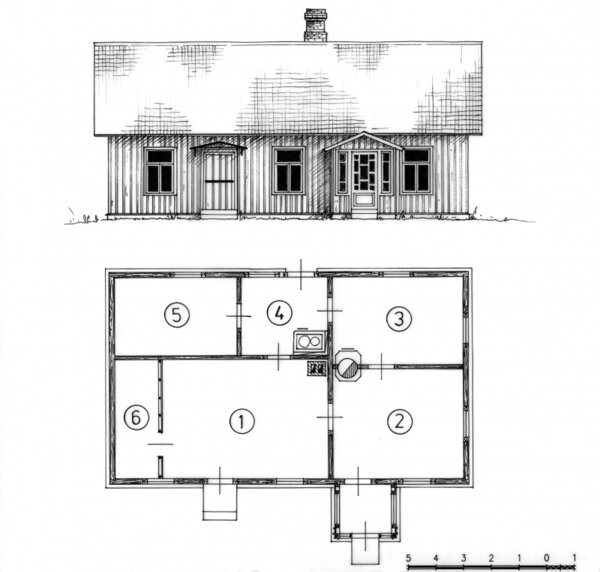