The so-called Pechonkin’s house (by the owner’s surname) built in 1863 was brought from the town of Kallaste, former Kodavere parish. 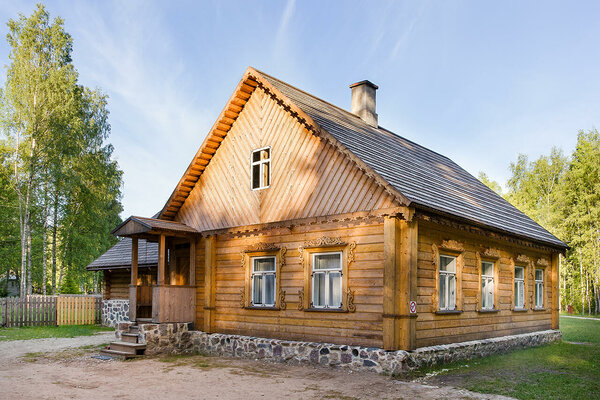 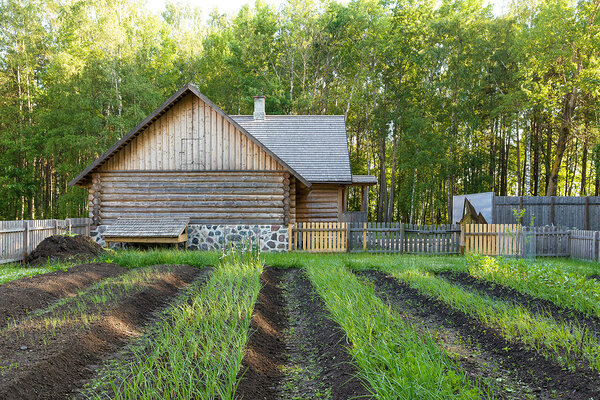 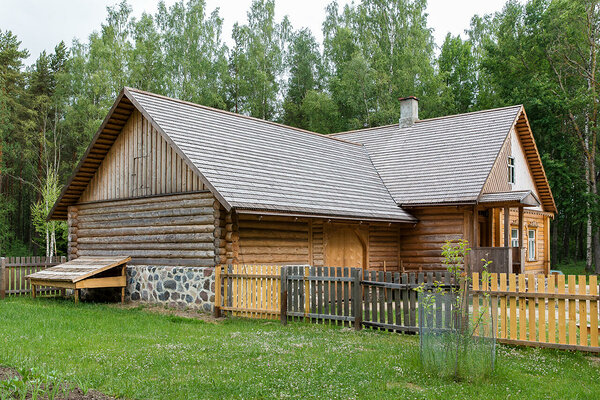 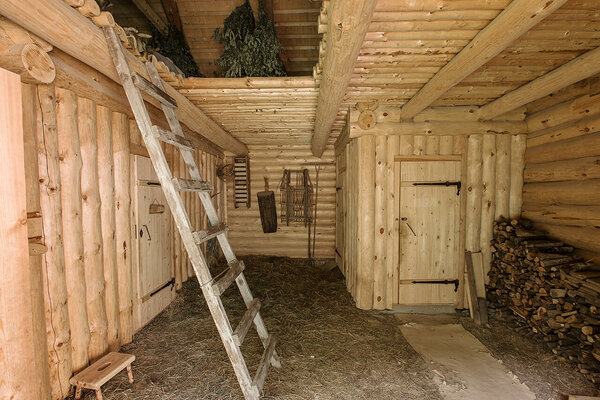 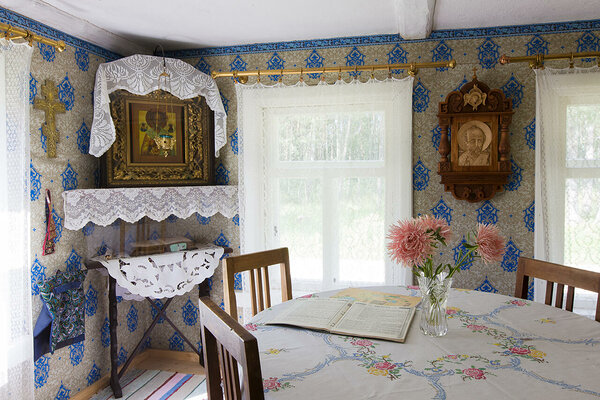 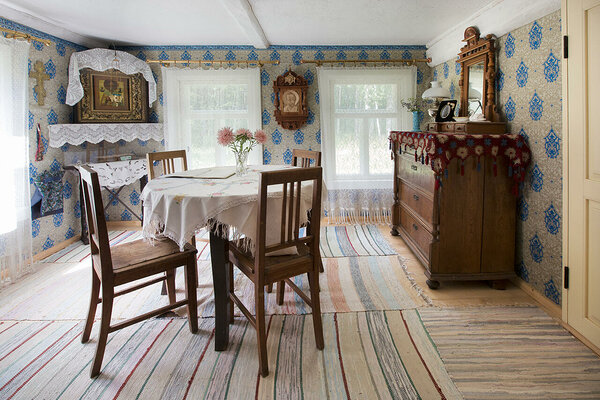 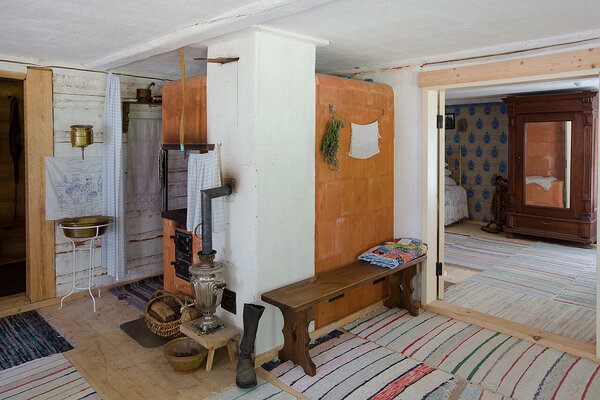 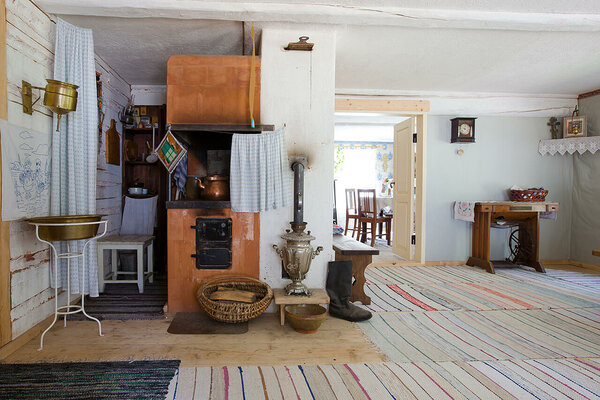 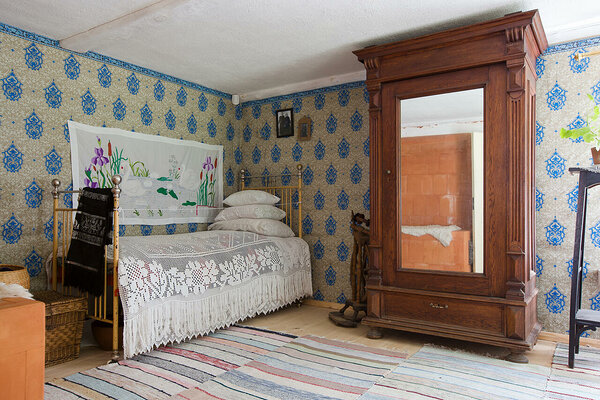 The peculiar Russian settlement established on the shore of Lake Peipus was founded by Russian Old Believers who fled from Russia after the Orthodox Church dissent in the 18th century. The shore villages where soil was poor mainly lived off fishing, growing vegetables and, later, building work.

The dwelling was relocated in 1991.

The log house facing the village lane has eye-catching windows with saw-cut window borders. The entrance to the building is from the back corner of the end wall. The door opens to a corridor with a pantry at the end. On the right, there is an entrance chamber-cum-kitchen, and another room behind it. There is an oven between these two rooms; the stove is in the kitchen next to the oven. On the left, there is the so-called covered yard, which provided easy access to the barn and stable on the other side of the yard. There was enough space for a cow, a pig and a few sheep or goats.