Rusi farm from Võru County holds a special place in the museum display. All farmyard buildings except for the new storehouse were brought from Ala-Rusi farm in Pugritsa village, Karula parish, which has a strong connection with the history of Estonian art. Namely, this was the place where the famous sculptor Juhan Raudsepp (1896–1984) who was then known as Juku from Rusi grew up on the farm of his mother’s parents. Ala-Rusi was a farm with around 36 hectares of land and two horses, separated from the older large Mäe-Rusi farm for the family’s son upon his marriage. Ala-Rusi buildings were brought over in 1967, and the farmyard was opened for visitors in 2002. 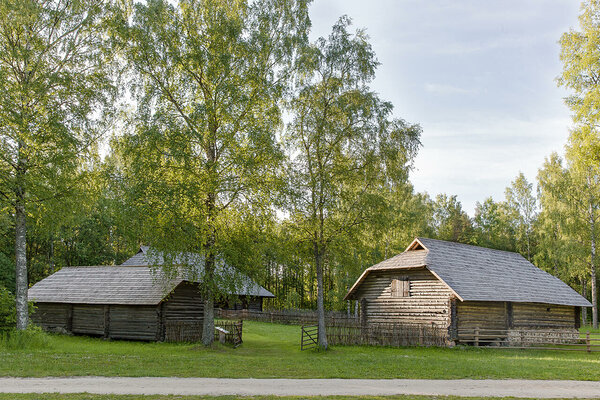 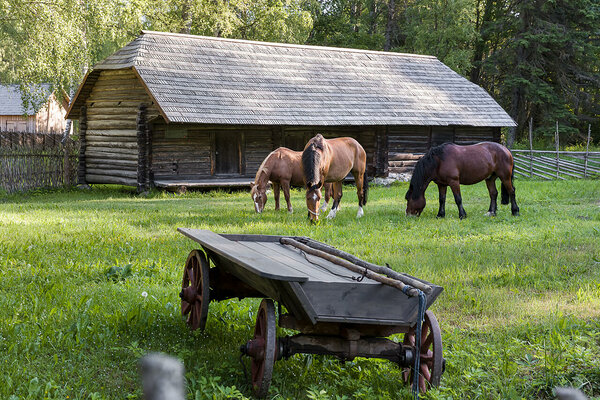 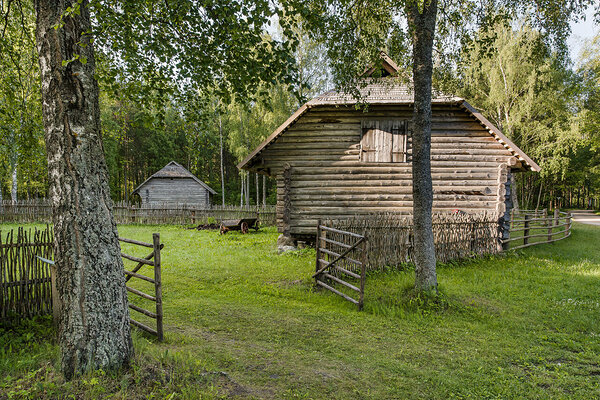 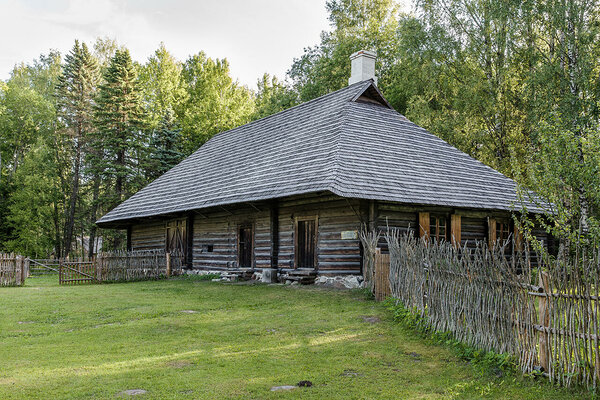 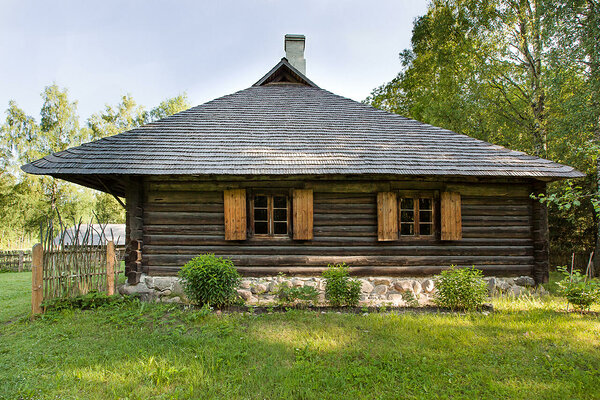 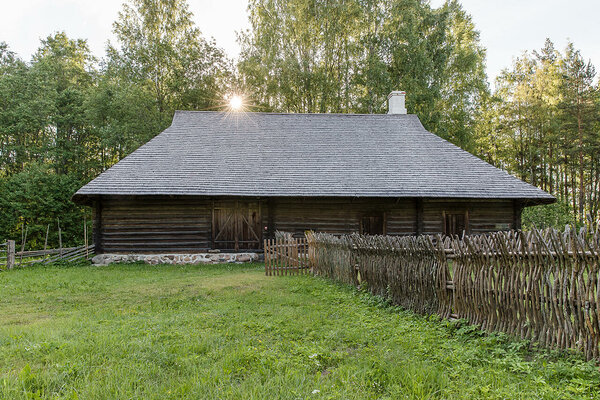 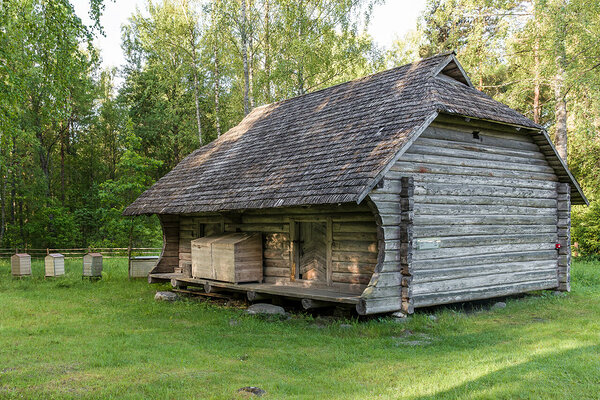 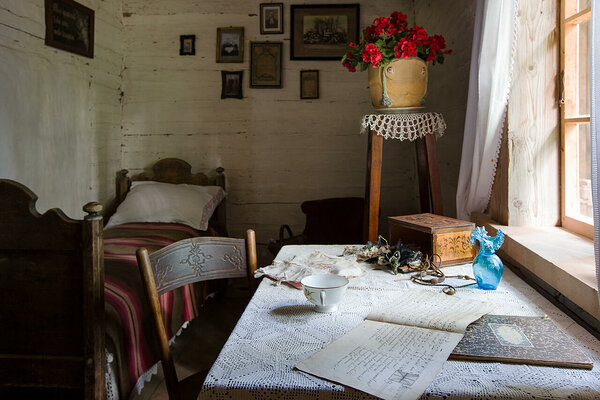 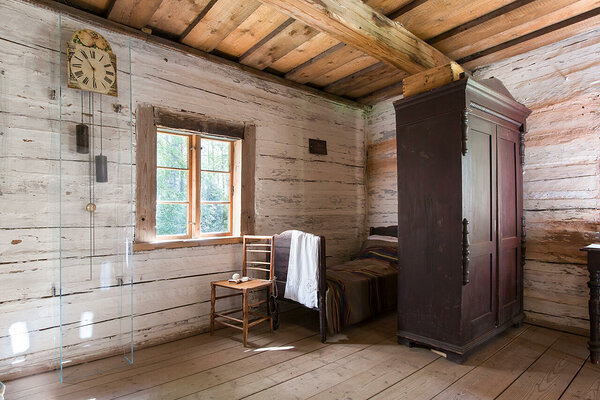 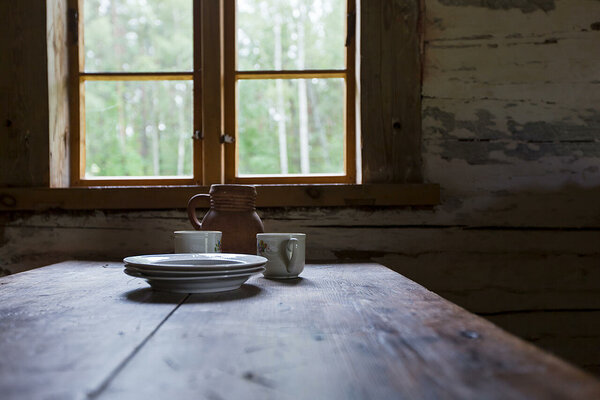 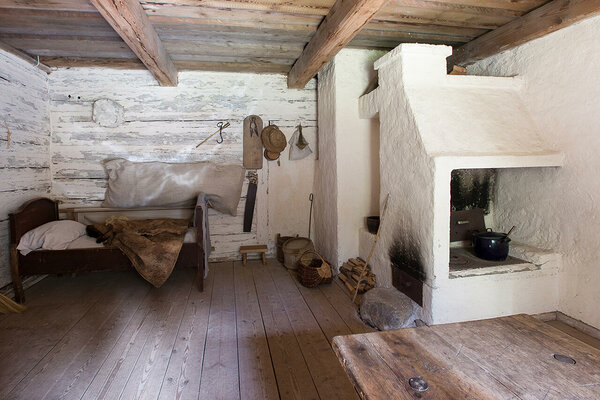 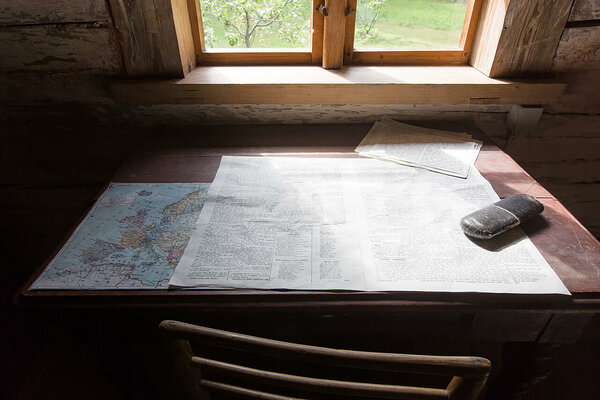 The barn-dwelling of the new Rusi farmyard was built in 1847 (dated) by Jüri Tuwikene (1846–1933) and his father Jaan (born in 1815). It represents the intermediate type of northern and southern Estonian barn-dwellings traditional for that part of the country, in which the kiln room is still higher than the threshing floor, but has the same width. The kiln room hosts a shelled kiln, and there is a cooking stove in front of the bread oven in the front chamber. This is where Juku’s uncles slept at the turn of the century. The large back chamber where Juku slept behind his grandfather Jüri’s back was also used for weaving in the winter; aunts slept in the small chamber. The interior of the chambers is what Juhan Raudsepp remembers from his childhood. The kiln room hosts an exhibition about the artist’s years of growing up on Rusi farm and the life there.

The smaller storehouse is presumably the oldest building of the farmyard. After the new storehouse was built around 1880, the old one was turned into a sheep-cote and chaff storeroom. Later a stable for two horses is said to have been added to it.

The hay and cattle shed is believed to have been built earlier than 1893 marked on its wall. It housed 6 cows, a bull, eifers, 7-8 sheep and a swine herd.

The storehouse consisting of two rooms was built in 1880s on Pisu farm in Säre village, Urvaste parish. It was brought to the museum in 1975.

The museum has not recreated the cellar built in the hillside in 1904 (dated) and the sauna combined with smithy that had deteriorated by the time of relocation.

At the end of the 19th century the family consisted of 11 people who grew everything they needed themselves and mainly earned from selling flax. 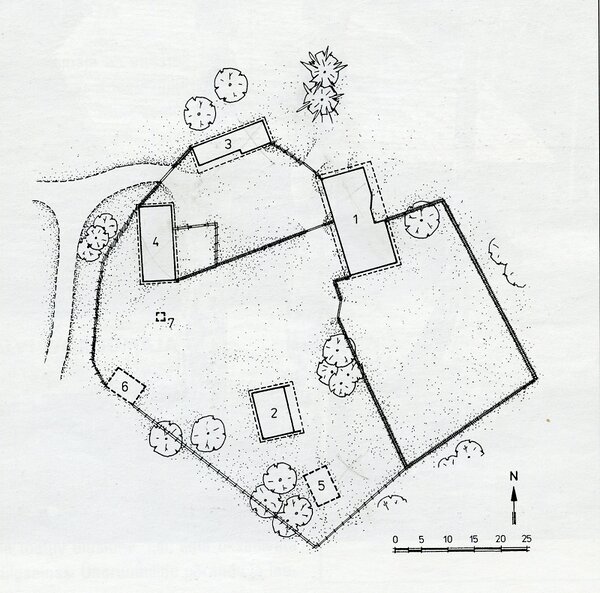