Kalma windmill, ordered by Juhan Särk, was built by Mustvee mill builder Jakob Sõber in Kalma village, Torma parish. The former earned the money to build the mill by fishing in Lake Peipus. Kalma windmill is the museum exhibit of a Dutch type windmill which can be mainly recognised by the cap-like rotating roof with the sails. It was brought to the museum in 1972, rebuilt in 1991-1995. 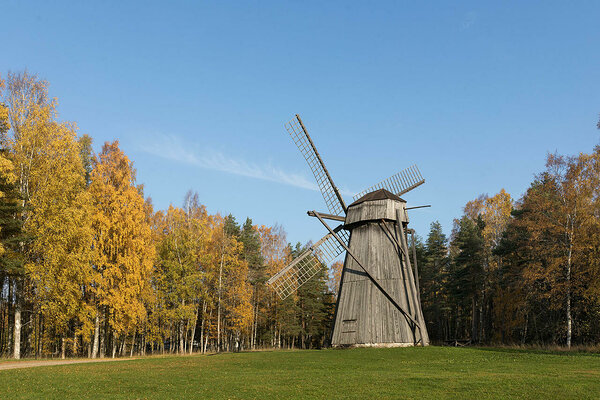 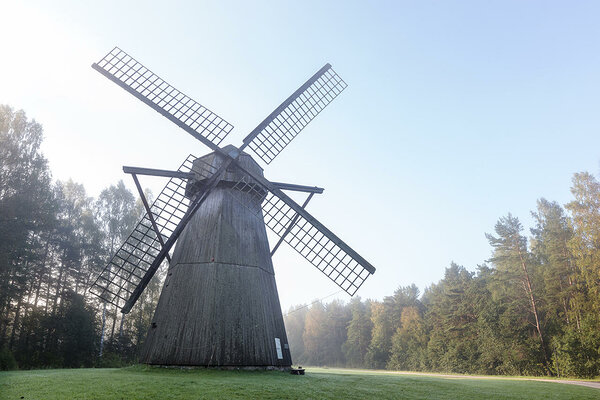 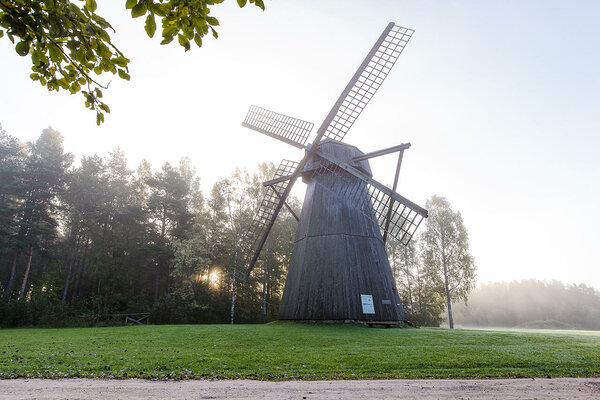 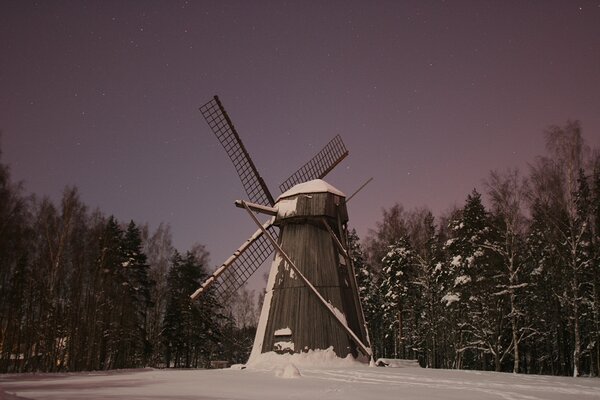 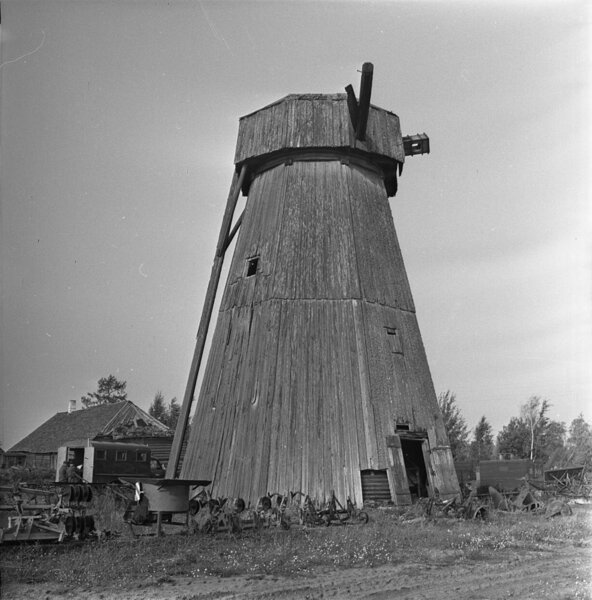 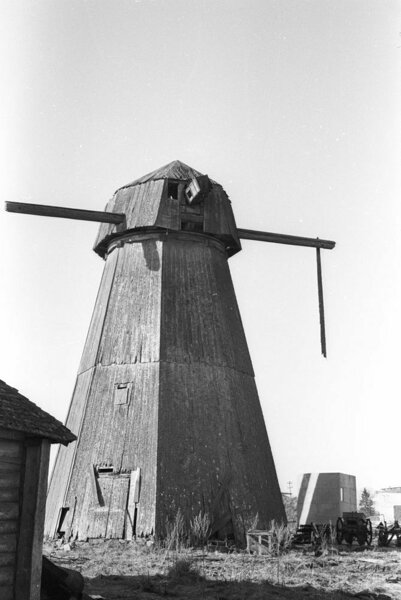 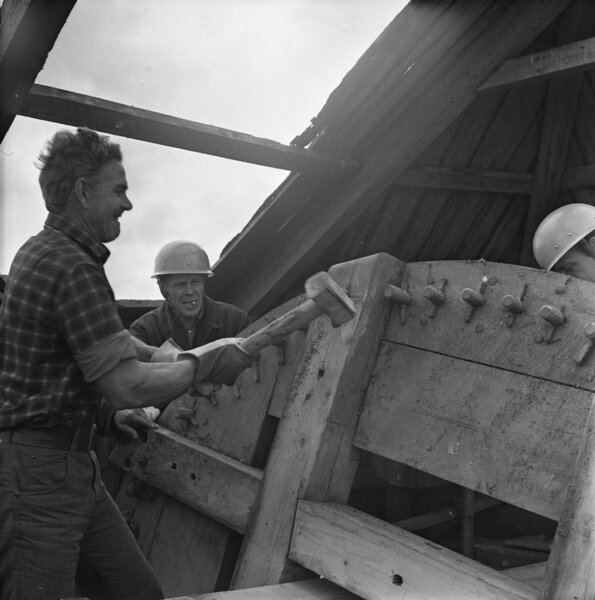 Manors, where the amounts of grain were larger, mostly built large stone so-called Dutch windmills that ground grain with two pairs of stones. Farmers only got the right to build windmills after manor owners lost their exclusive ‘mill right’ in 1871, and farms would often make them from wood. A miller mostly wouldn’t be able to feed a family by this occupation, so he would earn by tilling or other trade.

At the beginning of the 20th century more powerful watermills and steam mills started driving Dutch mills out, but their impressive stone towers still catch the eye in Estonian landscapes.

Kalma windmill has a wooden tower. The mill room on the first floor contains a large wooden gear wheel on the bottom end of a sturdy upright shaft; the gear wheel rotates the grinding stones above it by means of a rod with spokes and a drive; flour chests are also kept here. On the second floor there is the ‘stone room’ with two pairs of cut stones with wooden hoppers above. The third floor is the ‘sack or grain floor’. Here grain is poured from the sack into the wooden pipe which brings in down to the hopper. The fourth floor houses the horizontal windshaft with sails which drives the upright shaft. Sail framework has a slight bend at the reed to catch wind better. When wind was gentle, sailcloth wold be added to sails. The tail is used to turn only the cap of the windmill with the sails to catch the wind. 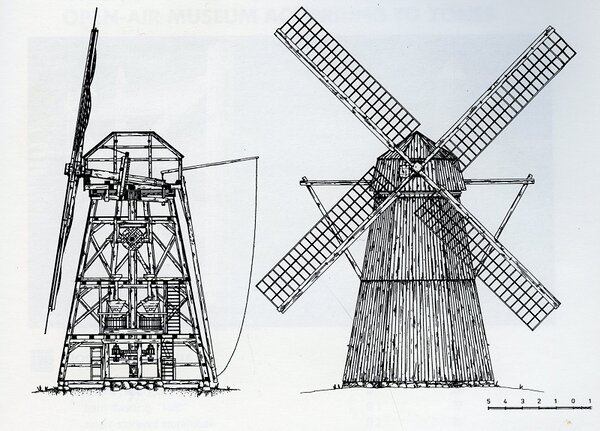