Tenant farm from the middle of 19th C

Pulga farm represents a rental farm characteristic of Northern Estonia and dating back to the middle of the 19th century. Farm buildings were brought from the villages of Kuusalu parish. The buildings were brought to the museum in 1961–1964, and the farmyard was opened to visitors in 1964. The fact that soil in Northern Estonia is rich in limestone is displayed by many buildings located in the spacious yard: the threshing floor of the barn-dwelling, the smithy and summer kitchen are all made of limestone. Stone hedges where large slabs of stone alternate with stonework catch the eye as well. 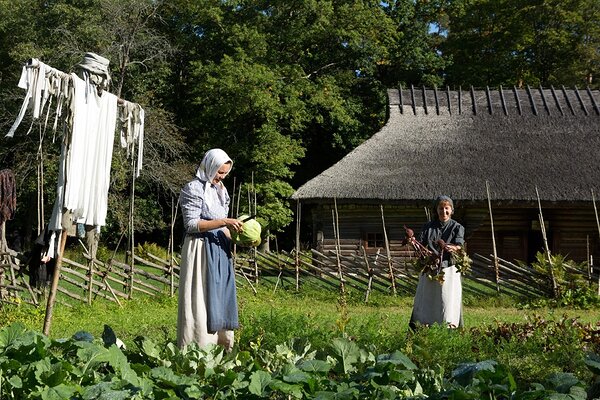 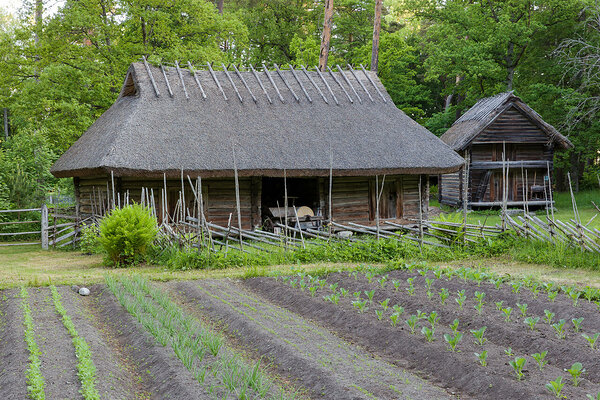 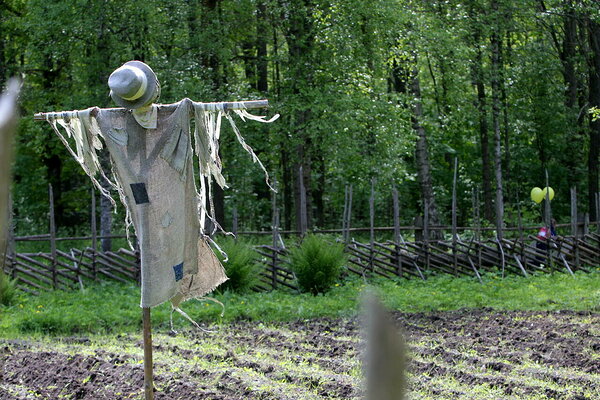 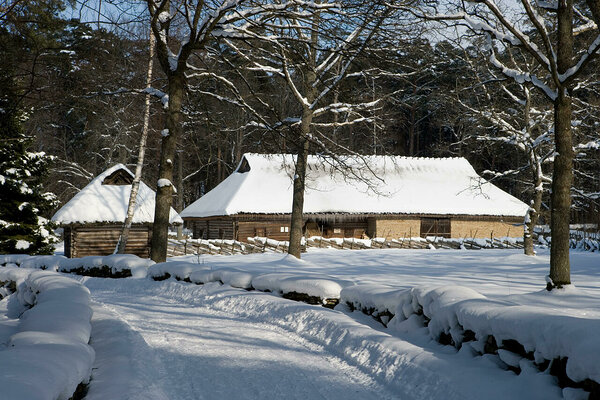 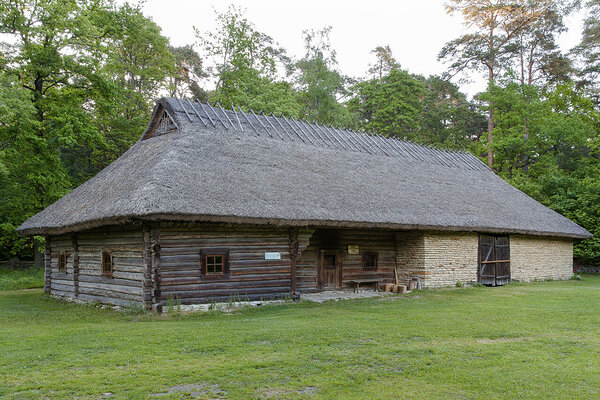 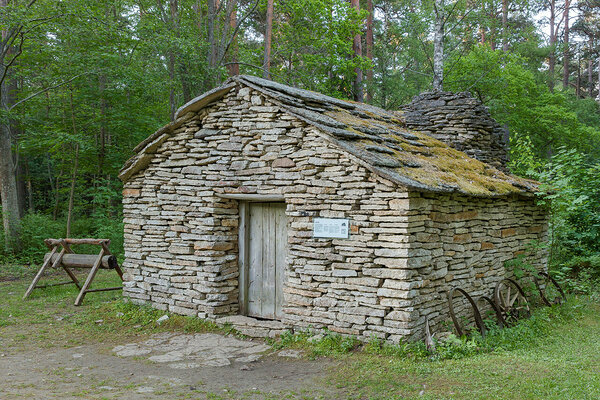 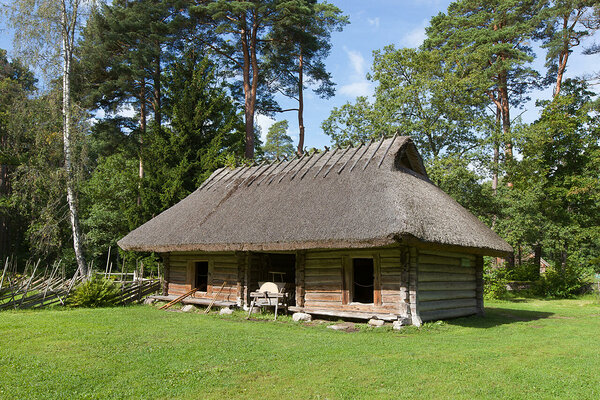 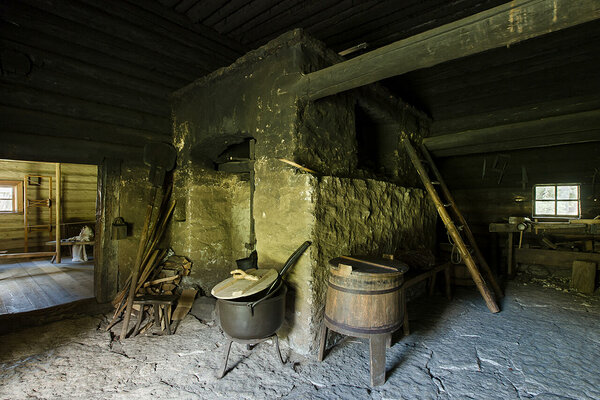 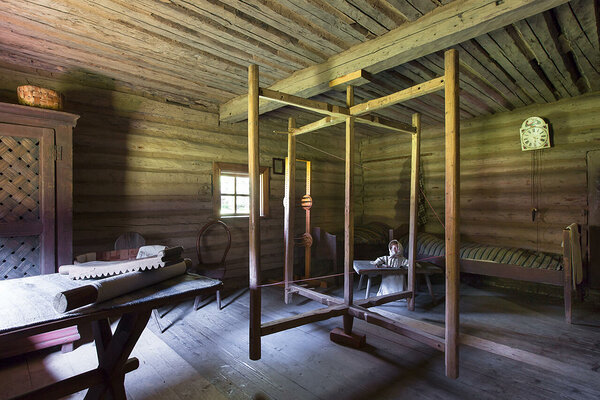 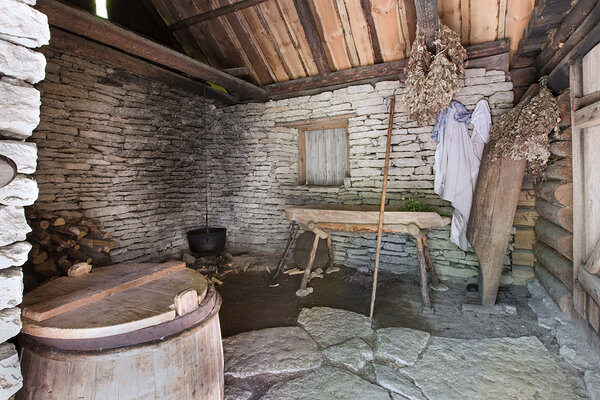 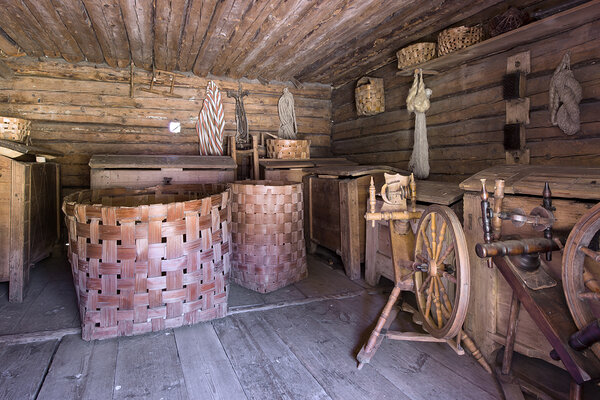 A family story related to Pulga hereditary farm dates back as far as to the 18th century. It is in 1837 that the parish register first mentioned the surname of Konton, the family living on Pulga farm. It is also engraved on the plate on the threshing floor wall, which tells us the name of the barn-dwelling builder and the year of construction: “1860 JUHAN KONTON”. Later, Juhan’s son built a more modern dwelling next to the barn-dwelling. The farmers paid the rent to Kolga manor. They had little field land, merely 4.5 ha, and draught oxen (which were also for sale) were used for ploughing up to 1930s. It was only in 1905 that Kolga manor sold farms as freehold.

The barn-dwelling was built on Pulga farm in Uuri village in 1860. The kiln room was the only well-heated room where people used to live and grain was dried, and the side of its large stove without a chimney heated the chambers as well. Only the necessary household equipment was acquired for it. In the front corner closer to the threshing floor there is a dining table in front of a wall bench. In the back corner, there is the shepherd boy’s bed, and a woodwork bench is located next to it at the window. In front of the kiln room there is a shelter, which is typical of Northern Estonian barn-dwellings. From there, a double door leads to the kiln room. The outer part of the double door is a half-door that made it easy to let smoke out when the stove was fired.

The two-storey storehouse was built in 1860s on Jaani farm in Suurekõrve village. The ground floor houses stout barrels made of hollowed-out logs that were used to store grain, peas, beans, etc. Upstairs, maids would sleep in the textile storage in the summer. There is a quern on the porch. Like other farm owners of the northern coast, the owner of Jaani farm built a two-storey storehouse, following the example of Finland, where farmers would go by ice road to perform transportation service for their landlords.

The cattle-shed was built in 1892 on Mardi farm in Uuri village.

The sauna combined with summer kitchen was built at the end of the 19th century on Lauri farm in Kahala village. In the warm season, food was cooked on a hearth in the yard kitchen. The position of the limestone sauna oven with heating stones is traditional for the northern coast: in the back wall, facing the door.

The smithy was built in the beginning of the 18th century on Oluva farm in Kahala village. The building made entirely of broken limestone has been laid dry (without mortar). The forge is situated opposite the door under the chimney, which is common to Northern Estonia, and the bellows are on the left of it.

Hay sheds were brought from Inga farm in Uuri village and Kangru farm in Kursi village. 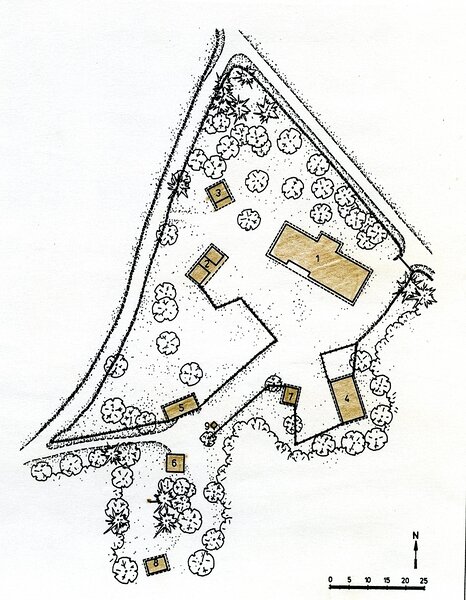