This average-sized Viru County farm was purchased from the owners of Mäetaguse manor for 4,000 silver roubles in 1892. The farm had 44 ha of land, including 13 ha of fields. 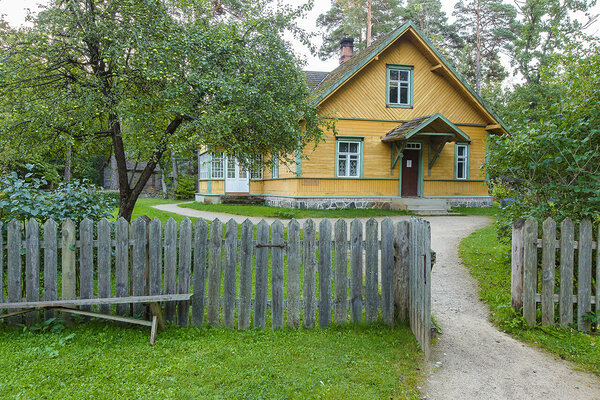 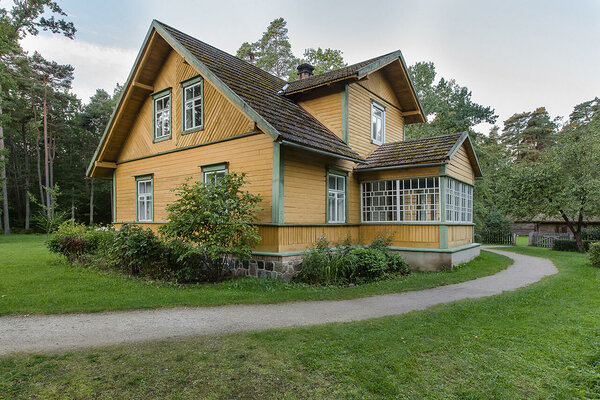 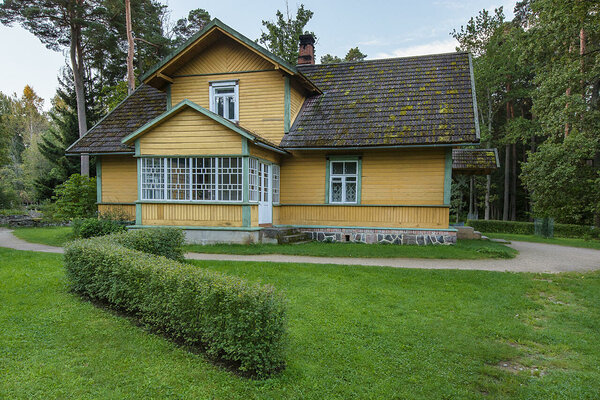 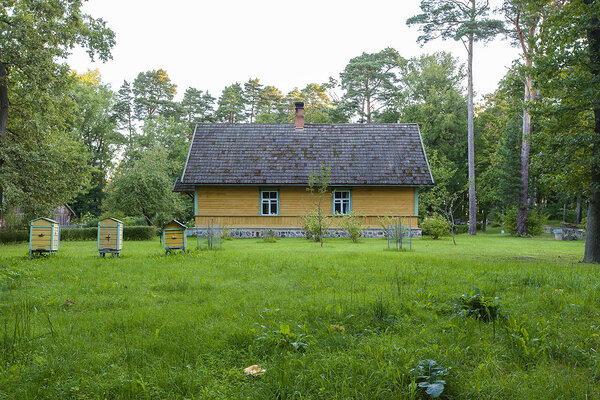 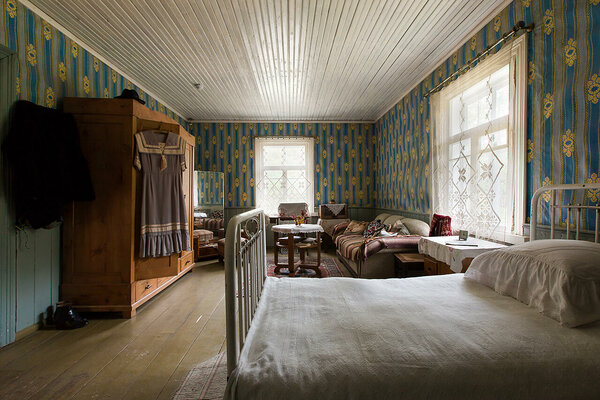 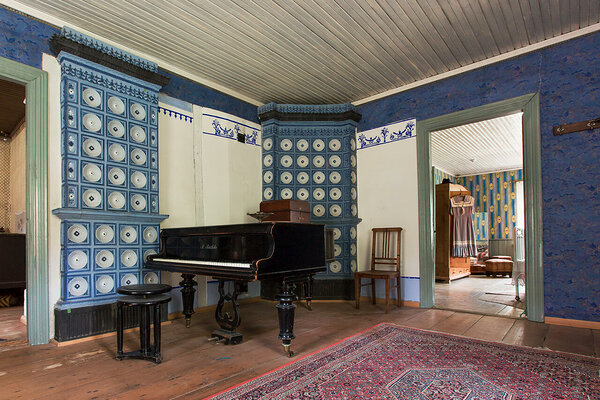 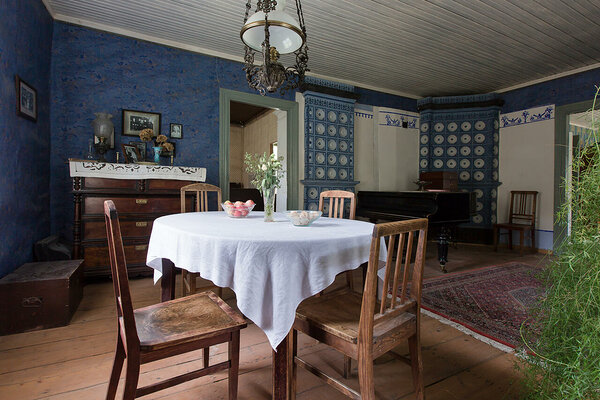 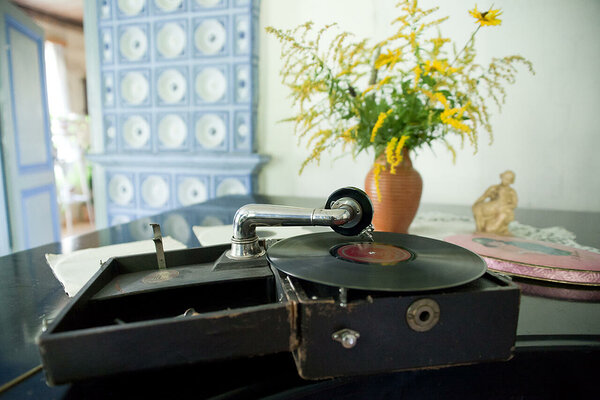 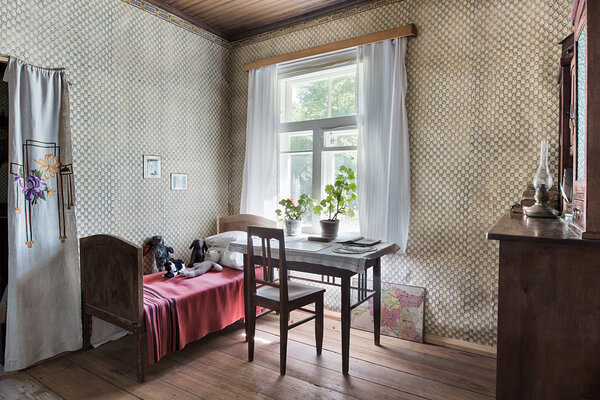 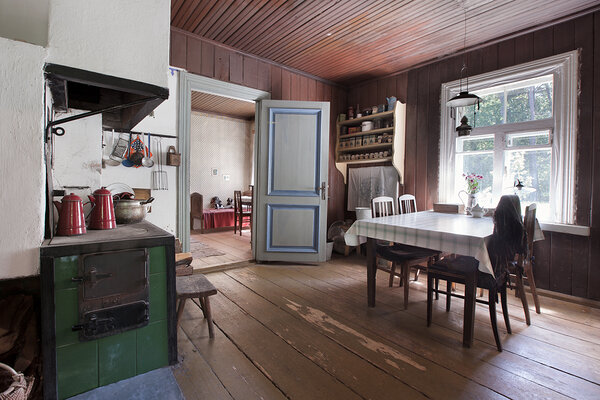 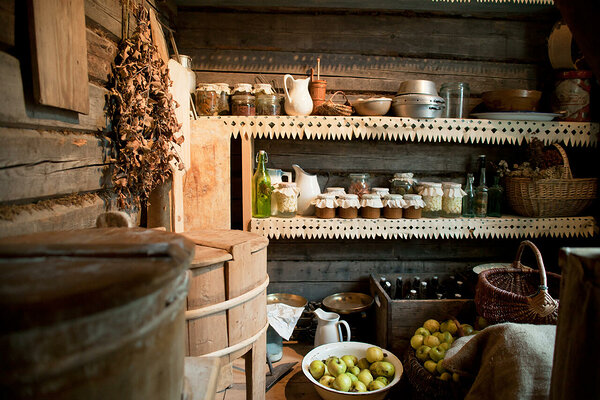 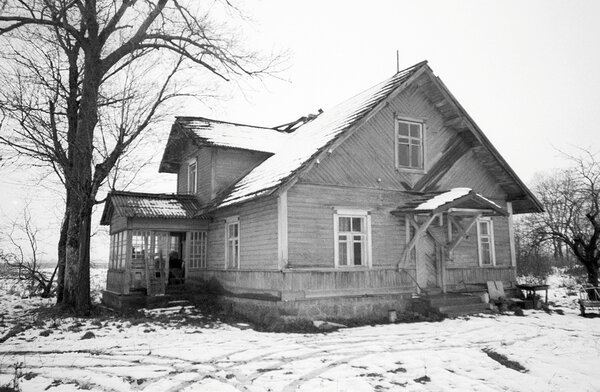 Similarly to what people did elsewhere in Viru County, the family of Härjapea farm earned money to raise the amount payable and to build the new dwelling by selling their produce on Saint Petersburg markets. The dwelling constructed during the Empire era was later modernised, and the rooms show people’s life at the end of 1930s. The orchard and flower beds are also characteristic of the household culture of the first Republic of Estonia. The farm homestead features the outbuildings of Kutsari farm dating back to the end of the 19th century and the stone threshing floor of a ruined barn-dwelling, so the composite name of ‘Kutsari- Härjapea’ is also in use. The sauna is located farther away at the pond.

The dwelling is from Härjapea farm (also known as Erjapea) of Võide village, Jõhvi parish. The building was constructed by Joosep Orro in 1909 (dated) and brought to the museum in 2003.

In 1920, the simple dwelling of the townhouse type had an attic storey, a stone roof, weatherboarding and a large glazed veranda which used to display the owner’s wealth at the time. From the entrance hall, doors open to the kitchen, the pantry and the attic, and rooms can be accessed through the kitchen. On the left, there is a room for a young couple, featuring rather fashionable furniture; straight ahead, a room divided with a partition wall has a stove-bench in the first part where a schoolboy lived; and the farm owner’s and his wife’s chamber is at the back. The family room takes pride in ceramic-tiled stoves brought from Saint Petersburg, a soft sofa, a Persian rug and a grand piano. The attic room housed the elder generation of the family. There was also a small veranda. This is the type of building that many Estonians still call home.

The storehouse is from Uhe farm in Vihula village, Haljala parish. Built in 1880s and brought to the museum in 1961. Under one roof, there is the granary, the textile storage, the shed for storing farm implements and vehicles and the milk storage.

The cattle-shed, housing the cowshed, the sheepcote and the hay shed, is from Orapere farm in Kõrbse village, Kadrina parish. Built in the 1880s and brought to the museum in 1964.

The smoke sauna is from Punga farm in Koila village, Viru-Nigula parish. Built in the 2nd half of the 19th century and brought to the museum in 1960. The chamber of the sauna housed the cotter who worked for the farm owner as a day labourer.

The former Kutsari threshing floor hosts the display titled ‘Dream of a Modern Rural Home 1918–1940’, which represents the lifestyle promoted by the magazines of the time. 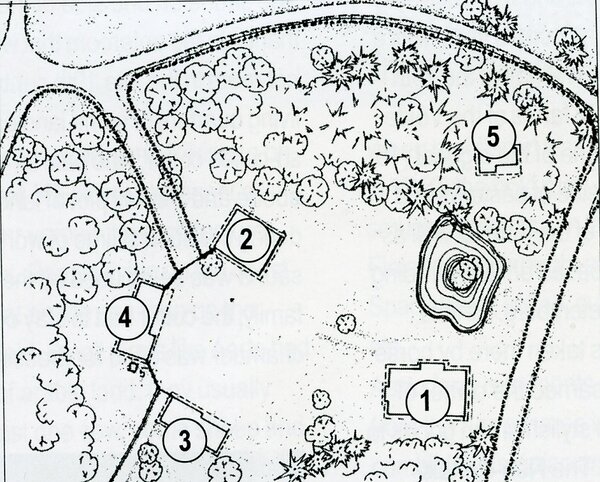